World of Tanks Will be Available In Retail Stores 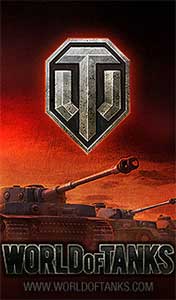 Wargaming.net is proud to announce their partnership with Interactive Gaming Software publisher (IGS) on the distribution of the highly popular free-to-play MMO game World of Tanks through commercial networks.

The essential benefit of this partnership is the strong relationships with retailers across the United States gained by IGS. World of Tanks will be offering special boxed editions to their network.

“We're extremely proud to say that our headliner will finally appear in stores,” said Wargaming.net CEO Victor Kislyi. “We are happy to partner with IGS and hope that their tremendous expertise in distributing retail production will help in bringing the popularity of World of Tanks to a completely new level.”

“World of Tanks has been incredibly popular in Europe,” said IGS CEO and founder Paul Lombardi. “We are delighted to have the opportunity to help bring this stunning game to a North American audience. We also think this partnership has huge potential for both companies.”

But being a great tank commander alone isn’t enough to win! In World of Tanks, it’s all about teamwork. Victory is achieved by combining your combat skills with those of the other members of your team, each playing their own role on the battlefield. Just add your favorite strategy to build your own steel empire and manifest the indisputable authority of the tank power!

About Wargaming.net®
Wargaming.net® is an award-winning strategy game specialist, incorporated in the UK. Its 220-strong development team is located in Minsk, Belarus. Since 1998, the company has shipped 13 titles, including acclaimed Massive Assault series, Order of War RTS published by Square Enix, and three add-ons for Blitzkrieg II. Wargaming.net's® Operation Bagration RTS was awarded the Best Strategy Game of 2008 at Russian Game Developers Conference (KRI). At KRI 2009 and 2010 Wargaming.net® was named The Best Developer Company from ex-USSR. At KRI 2011 the company was awarded Industry Prize and World of Tanks® won “Best Game” Award.Official web site: www.wargaming.net