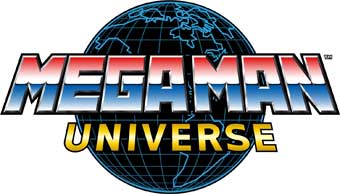 Mega Man games are beloved by fans all over the world. Since their debut in 1987, Mega Man has remained a videogame icon, having starred in more than 140 titles over the last 22 years. The connection he’s made with pop culture at large has extended beyond games and into cartoons, toys, clothing, comics, kid’s meals, and more. Part of that popularity is driven by the series’ ability to evolve over time yet consistently retain the addictive gameplay experience that sets Mega Man games apart.

For the next chapter in this legacy of excellence, Capcom aims to deliver the most creative Mega Man experience yet. In Mega Man Universe, imagination is the star of the game.

“We are thrilled to finally be able to announce Mega Man Universe,” said Kenji Inafune, Head of Research and Development Management for Capcom Entertainment. “This game will break the mold and challenge the conventional wisdom of what a Mega Man game can be. When fans finally get to see it, I believe they’ll envision their most far-out Mega Man dreams coming true.”

Inafune is committed to helping craft a Mega Man experience that meets the highest expectations of Capcom fans. Most recently Mega ManTM 10 echoed this fact when its classic design and compelling gameplay made it one of the most sought after digital downloads of the year. Gamers can expect Mega Man Universe to bring the core experience fans want while delivering on the promise of innovation that Capcom is known for. Its official: classic gaming will never be same again.