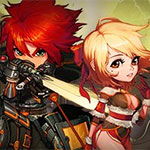 Knight Age rings in 2013 with a slew of surprise events

Knight Age will introduce a variety of cool events coming January 15th. “Search for the Hidden Boss Pupa Egg” is just one event that will have players wide-eyed and on the look out! Boss Pupa Eggs are a rare drop that can only be found by defeating the bosses at the end of the dungeon, but during this exciting event, it’s not the ONLY means to pick up a Boss Pupa. For a limited time, random Boss Pupa Eggs will be placed across the field in Grey Shores of Oblivion once a day. Players should keep their eyes peeled because it’s all first come first served!

The field boss, Helpache, is known for its high reward but it isn’t an easy monster to defeat with its towering figure and sharp claws. In “Hunt Down Helpache with GM,” the all-mighty GM will step in to assist all players who challenge this beast. For an hour every day, the GM will be ready to party against Helpache with players, and those who submit screenshots of their battle alongside the GM will earn a chance to win extra rewards!

Who wouldn’t be proud of their brothers -- or sisters -- in arms? “Display of Guilds” will challenge players to take a group screenshot or draw a fan-art of their guild members and show them off on Knight Age’s Facebook page. The winning guild will earn a bounty of coins and items!

There is always something brewing at Knight Age with all sorts of exciting activities and events, and now is the best time to return to the action! All players who log in after a months absence will receive a free special Pupa! To find out all the latest news, tips, and events visit at Knight Age’s Facebook.