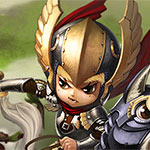 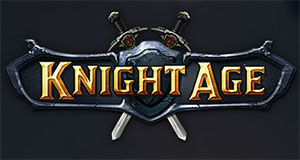 Joymax, leading online game developer and publisher widely known for Silkroad Online and Digimon Masters, today unveiled a slew of exciting open beta events for their upcoming MMORPG, Knight Age. Players will be able to once again mount up and enter into a daring combat in this fantasy MMORPG beginning August 28th, with contests beginning as early as August 14th! To pre-register for the open beta, squires simply need to have a Joymax account, which can be created at its website.

"Knight Age is our most ambitious open beta yet, and we’re tremendously proud to give back to the players with these amazing contests." said Nam-Chul Kim, CEO of Joymax. “We’re offering prizes big and small, and you receive a special gift just for logging into the open beta!”

With a total of 17 events and activities, players will have plenty of options to enter via the Joymax website, the Knight Age Facebook, and in-game once the open beta launches. Daily contests are being held right this moment on Knight Age Facebook, so go there now to get your prizes!

Knight Age’s official Open Beta is scheduled to begin August 28th, and excited players can start downloading the open beta client on August 14th at here. Participants of the closed beta simply need to run their client any time after August 14th to get the latest patch. Skip the long wait by having your client ready before open beta begins!

Knight Age, a 3D fantasy MMORPG, will take players through a vast world of Knights battling against a malicious God. Featuring a unique riding-action where—unlike other MMORPGs—Knights can perform elaborate attack skills on mobile mounts. Knight Age provides a one-of-a-kind combat system that is carried out on rides with each providing different types of power-ups!

This is all in addition to Knight Age’s numerous game feature, such as the colossal PVP system pitting 50 allied knights against 50 opposing knights, the Battle for Excalibur where players battle against 100 other players for the legendary sword, as well as the Pupa pet system where raising a strong companion.

Players looking for all the juiciest tidbits, such as daily game information, character tips, and plenty of screen shots can check out Knight Age’s Facebook, or Twitter at @OfficialKnightAge.