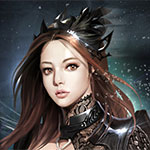 Leading online game developer and publisher, Joymax, announced today that their latest update for its world-renown MMORPG, Silkroad Online, is designed for players of all skill levels. The free-to-play MMORPG has enjoyed by an astounding 15 million players across the globe and with the latest “Ignite Silkroad Part 1: Elevation” revamp, everyone can take part in the new and improved gameplay experience.

One of player’s most preferred new improvements is the experience balance. Players will be able to level up at a much faster pace than ever before, allowing them to experience all the rich content without the bore of grinding. Another fan favorite is the newly added “Rested Experience” system where players earn 50-100% EXP gain buff depending on how long it’s been since the player logged in. Players who aren’t able to play as often as they would like will have the special buff welcoming their return!

“From system improvements to new features, Silkroad Online’s new update will help every type of player in the game,” said Nam-Chul Kim, CEO of Joymax. “The series of the ‘Ignite Silkroad’ enhancements will make it easy for everyone to jump right in the vast world of Silkroad for the ultimate in fast-paced action.”

What about those who have already leveled to the max? Players who would like to re-experience the vast Silkroad world once again with the new changes should not miss this special event! “Start at Lv. 101” is for all players who have a maxed out character and are now able to create a new one of their choice starting at level 101. This rare event will only last for three more weeks, so players should grab this golden opportunity now!

These new exciting features are only the tip of the ice of last week’s grand update. After the successful launch of “Joymax Day” event, Joymax is presenting all current players with a whopping 1000% EXP gain item as a special thank you.

On a different note, there seems to be a change of balance between two regions and a rumor of a certain powerful cry being heard near the villages. What could it mean?