Mysterious temple of jupiter to launch on august 2nd - includes level cap increase to 120, new skills and over 60 new guests 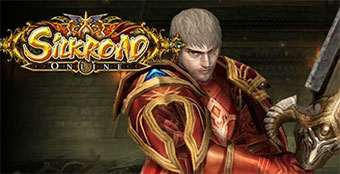 Joymax, a developer and publisher of interactive entertainment for the global market, today revealed that the eighth expansion for Silkroad Online, Mysterious Temple of Jupiter will go live August 2nd. The eighth update to the popular Silkroad Online series will bring both character and skill mastery level increases, as well as new quests, and many important improvements to the game's performance.

“For the latest expansion to Silkroad Online, we have listened closely to our community of players and are excited to offer new challenges and improvements”, said Nam-chul Kim, CEO of Joymax, “The new level cap of 120 and the introduction of a massive range of new quests will be refreshing to new and continuing players and will keep users occupied with many new areas to explore within the universe of Silkroad Online”.

Players will be able to reach level 120, an increase from the current 110 levels and learn new skills including Chinese and European arts. The expansion adds 60 new quests as part of the exploration of the mysterious temples dedicated to Jupiter, although players must be at least level 111 to enter! There's also plenty of content for low to mid-level characters, with a streamlined and improved enemy monster AI which provides a more active, tactical experience.

All of this content is in addition to a flood of challenging monsters – over 100 new creatures now inhabit the game world, including the new dungeons, waiting to pounce on the nearest character. During the launch timeframe there will also be new events for Silkroad's citizens to dive into, if they're not too busy discovering the numerous added dungeons that become available at level 113 and above.

About Joymax
Since its establishment in April, 1997, Joymax has become a global entertainment company developing and publishing high-quality multimedia content. Based in Seoul, Korea, the company has published numerous titles for the PC platform, and its first MMORPG, Silkroad Online, which launched in 2004, has since grown to offer service in 200 countries. For more information, please visit http://www.joymax.com