Download a FREE update and ready yourself for intense challenges in the Virtual City Playground. 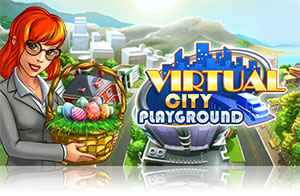 Getting a city prepared for Easter is a big undertaking. Get your dream city ready for the festivities on iOS, Kindle Fire and Android devices, from G5 Entertainment. G5's hit city-building simulation game, Virtual City Playground, has launched the 1.6 Update, featuring Easter decorations, fresh holiday quests, in addition to enriched daily quests, a dedicated event on the Plaza and a new entertainment building. This build also features faster city recalculation and allows you to extend your dream city even further, by building anything you wish on hills after you clear them. The Virtual City Playground 1.6 Update for Mac is coming soon.

Update your Virtual City Playground and make your most ambitious dreams a reality. Make your citizens happier by launching an Easter-related event on the Plaza and building a church for them. Complete holiday dedicated quests, decorate buildings and lawns with bunnies and Easter baskets. This fresh update throws down new challenges – even the most advanced players will enjoy the intense challenges and "smart" daily quests in Virtual City Playground. The difficulty of your daily tasks is now directly proportional to the level you earned in your own Virtual City. The more advanced your city is, the more claiming quests you have to complete. Think forward, work your best and prove that you have what it takes to be a successful mayor. Are you up for the challenge?

Virtual City Playground is an absorbing city-building simulator that has already attracted millions of players and continues winning gamers' hearts all around the world. Regular free updates enliven your dream city and make your gaming experience even richer. The game is developed and published by G5 Entertainment. 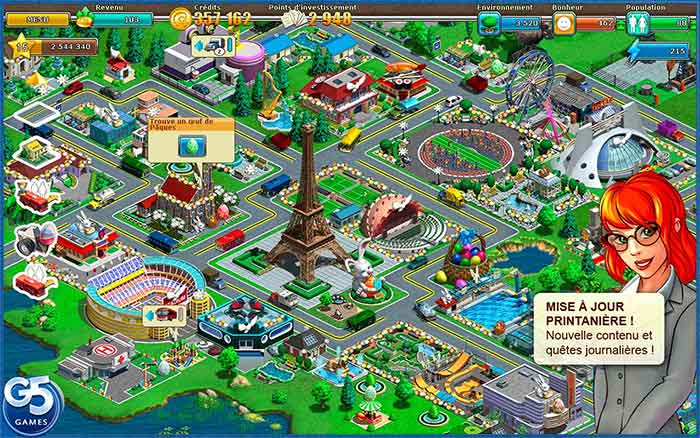