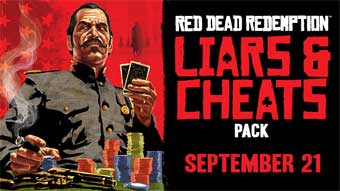 With Multiplayer Horse Racing, the Liars and Cheats Pack brings one of the most fan-requested DLC updates to the world of Red Dead Redemption Multiplayer. Races support up to 8 players, and each multiplayer contest is a cup-style tournament that consists of anywhere from 3 to 5 races, where players earn points based on their position of finish.

In addition to the exhilarating thrills of head-to-head racing on horseback, the new Multiplayer Horse Racing mode brings something else to the track - mounted combat. After a designated brief period of calm at the start of each race, players can draw their guns and take aim at opponents.

In each race, you are given a fixed amount of guns and ammunition and there is no auto-targeting, but players can acquire more by running over weapons that have been dropped by opponents that have been killed. If killed during a race you simply re-spawn with a small time penalty. 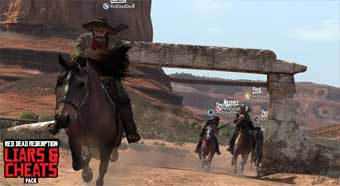 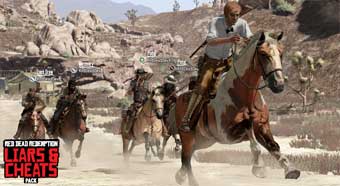 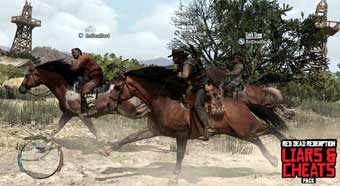 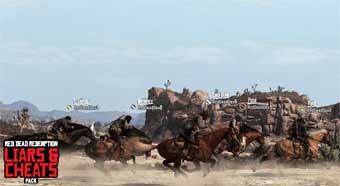