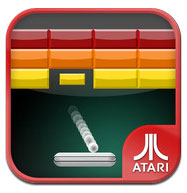 Atari, one of the world’s most recognised publishers and developers of interactive entertainment, today announced the launch of Breakout: Boost on the App Store. Available as a free download for iPhone, iPad and iPod touch, Breakout: Boost combines classic fun with new features such as Boost Control, which allows players to adjust ball speed on the fly and customise their brick-breaking experience. Five levels full of bricks to smash are included in the free download, with over 200 additional levels available through in-app purchases. Download Breakout: Boost for free.

Breakout: Boost gives players the enduringly popular brick-breaking gameplay that Atari first brought to the market in 1976, alongside new, original features. In addition to new types of balls to break new types of bricks, players can experience Boost Control, a speed slider which can be used any time to slow down or speed up ball velocity. Faster speeds bring higher points for those who might look to compete on leaderboards, while slower speeds allow players of any skill level to complete levels at whatever pace they choose.

“We’ve seen great success on the iTunes App Store – first with Atari’s Greatest Hits this summer and again with the recent launch of Asteroids: Gunner, the first original version of one of our classic and world-renowned franchises available for iOS devices: iPhone, iPad and iPod touch,” said Jim Wilson, CEO of Atari. “Today’s launch builds off of and continues that success, bringing the official version of one of the most popular game genres of all time to legions of Atari fans and iOS gamers alike.” 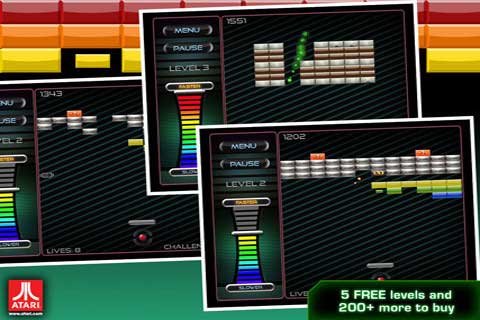 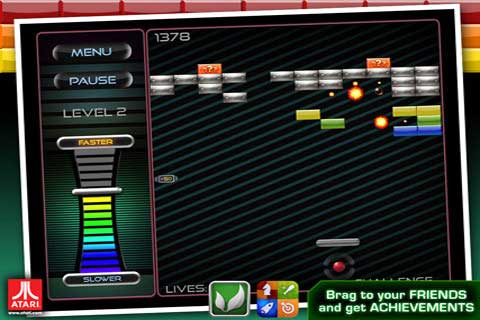 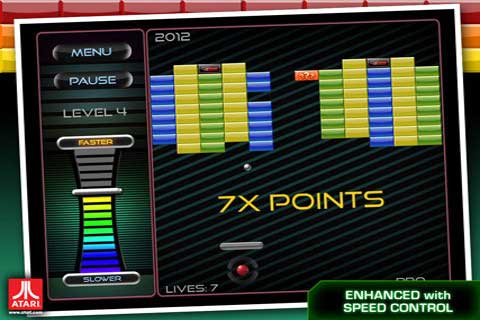 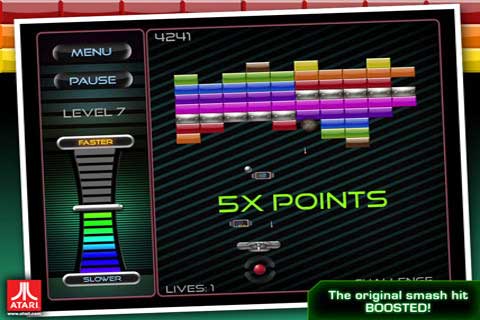