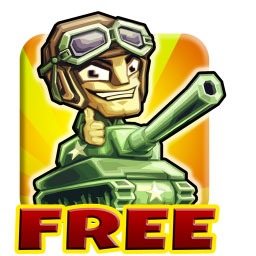 Guns’n’Glory WW2 transports the series’ characteristic style and humour into an extremely wacky World War 2 setting and adds a new twist to gameplay: this time, the enemies are shooting back! Guns’n’Glory WW2 pushes the boundaries of gameplay even further than its innovative predecessor, creating an exciting combination of classic defence gameplay and adrenaline pumping real-time strategy action!

“Developing a follow-up to such a huge hit like Guns’n’Glory was a challenge. We decided to take a bit of gamble by evolving the core gameplay instead of simply releasing another iteration of Guns’n’Glory.”, explains Markus Kassulke, CEO of HandyGames. “This was absolutely the right decision: Guns’n’Glory WW2 is everything we wanted it to be - and more! Of course, we will continue to support Guns’n’Glory 1, so stay tuned for another major content update!”.

The iOS version of Guns’n’Glory WW2 is currently in development and will be released at a future date. 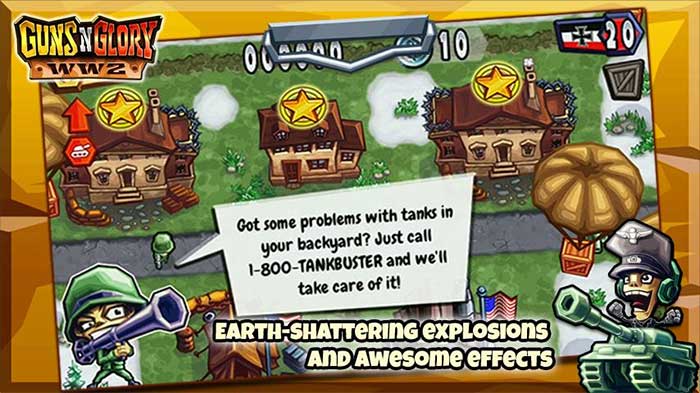 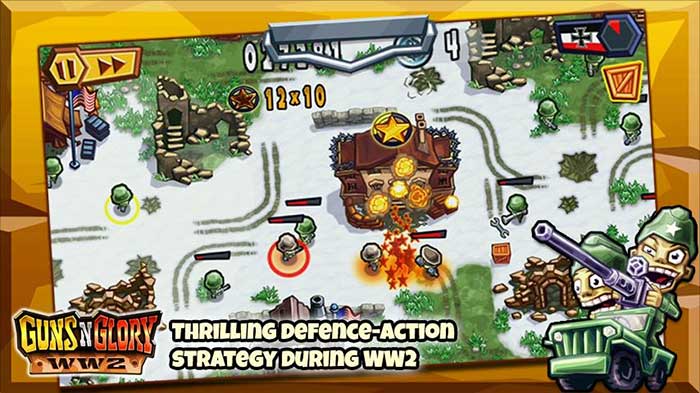 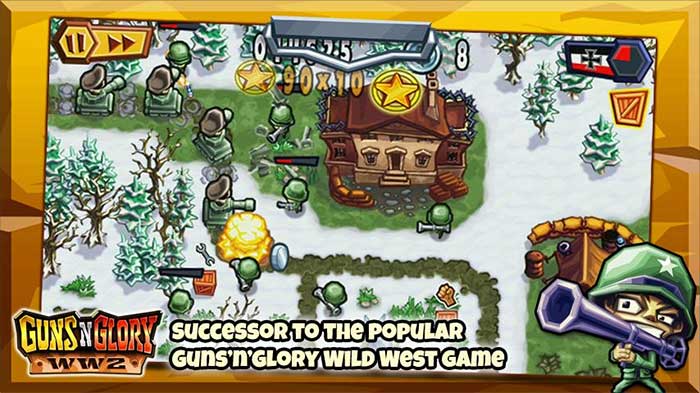 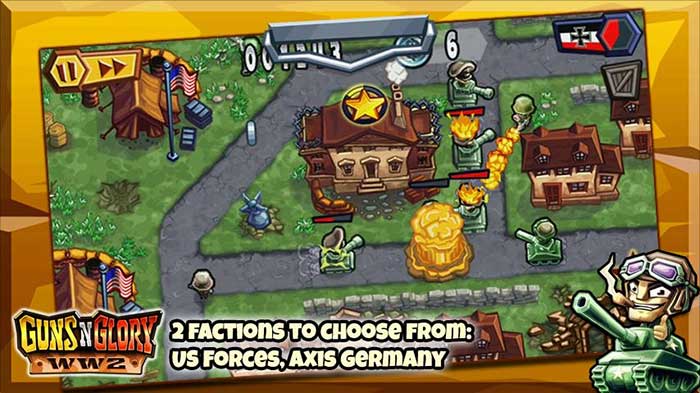 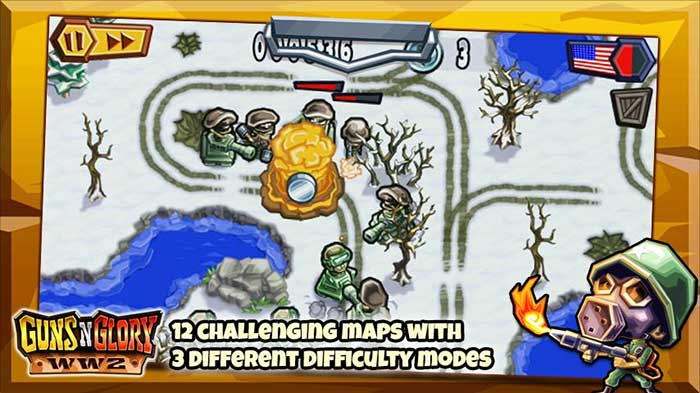 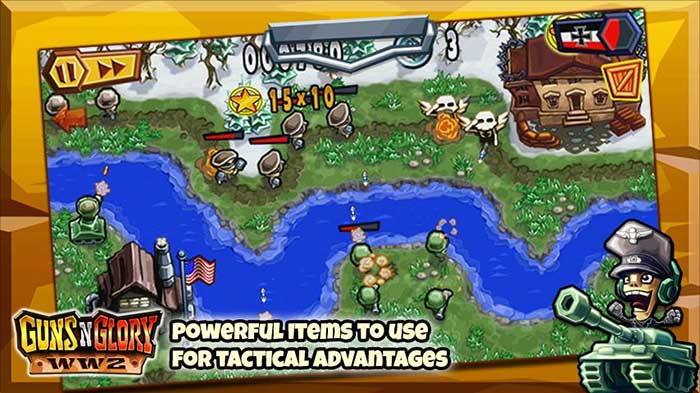 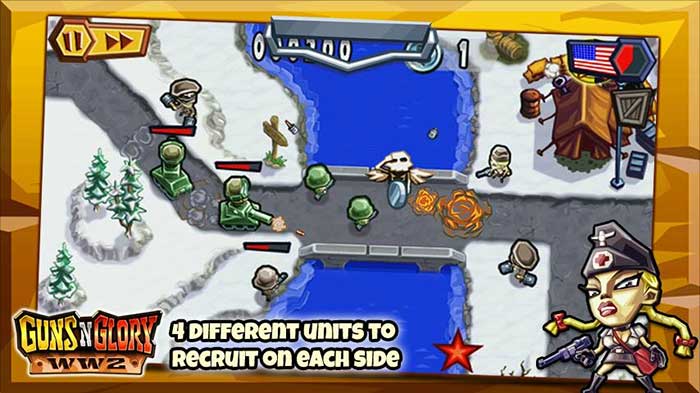 About HandyGames™:
HandyGames™ is one of the leading independent developers and publishers of mobile games. The company has offices in Giebelstadt, Germany, and has its very own international distribution network. The company was founded in 2000 by Markus Kassulke, Christopher Kassulke and Udo Bausewein, has more than 40 employees and plans to expand further. The huge and diverse variety of products, which all excel by high quality, consists of downloadable and pre-installed games. The games support platforms like Android, iPhone / iPad / iPod touch, JavaME and Blackberry. HandyGames™ has developed top sellers such as Guns’n’Glory, Aces of the Luftwaffe, the Townsmen series, Aporkalypse, Shark or Die, Cyberlords, Super Dynamite Fishing, Happy Vikings and Panzer Panic. The company’s long-time success is reflected in close co-operations with producers of mobile phones and network operators, as well as in the many international awards it has won. More information at: www.handy-games.com