Arkedo Series to be released soon on PlayStation 3

Arkedo and Sanuk Games are proud to announce that the critically acclaimed ARKEDO SERIES is set to bless the PlayStation 3 soon. Douse your console in a colorful world with this collection of 3 tightly crafted arcade games, and get ready for some serious old-school action!

A platformer where your 8-bit hero must collect bombs before they blow up, while avoiding nasty little bats, 2-way powered crabs, sharp stalactites, spikes from hell, and a bunch of other oddities. The game is so truthful to the old-school experience that it has no ‘continue’: once you’ve lost all your lives, you have to start it all over again – but in a good mood!

A Match-4 game where you must clear blocks before they reach the top of the screen. Combos, bonus blocks, power blocks and time freezers will help you escape critical situations and dominate the five worlds contained in the game. And once you think you’re done, you’ll find out that there are still a number of things waiting for you in Challenge mode.

The platformer that will have you finally understand why you bought such an expensive HDTV: the halo surrounding big fat pixels had never looked so good! You direct Pix the Cat (a character that also appears in the recently released PIX’N LOVE RUSH) through his nocturnal adventure in a pixilated world.

Initially published on XBox Live Indy Games as a “one game per month” experiment, the ARKEDO SERIES got scores of enthusiastic reviews. Jamie Davies from console-arcade.com called “01 – JUMP!” a “colorful and highly entertaining platformer that’s crammed with charm”, while Brandon Daiker of n-sider.com felt like he would best describe it as a “fistful of Altoids stuffed straight up your ass”. The two other games received similar praise, although not with the same eloquence.

The 3 games will be available on the PlayStation Store soon. All of them will support trophies. Each game will sell for only €1.99, $2.49 or £1.74. The release dates in Europe and America will be announced shortly. 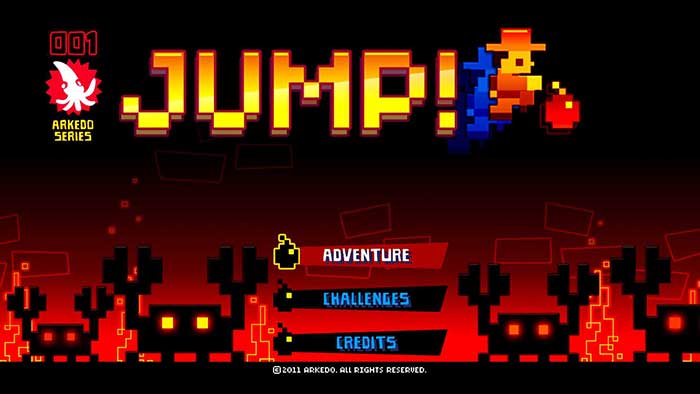 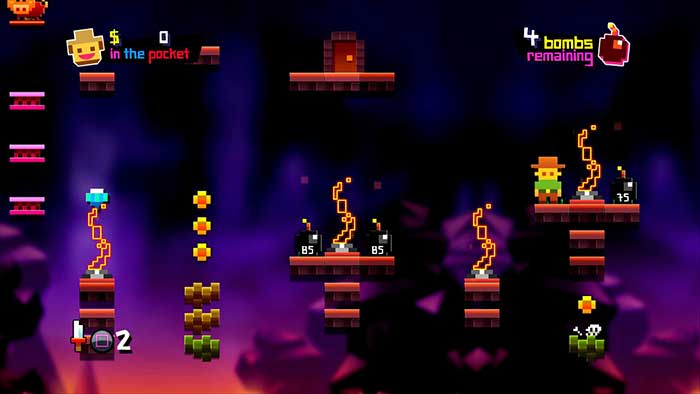 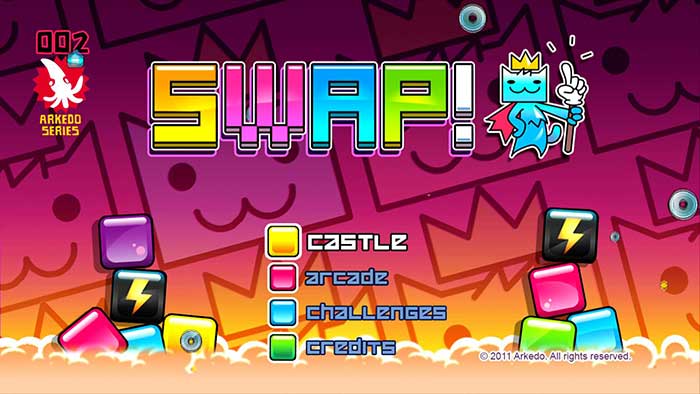 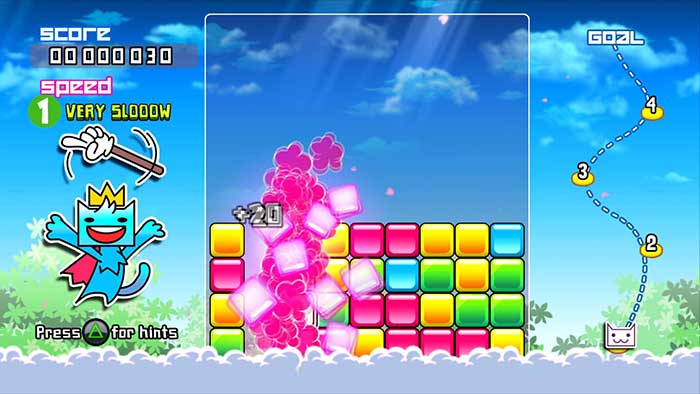 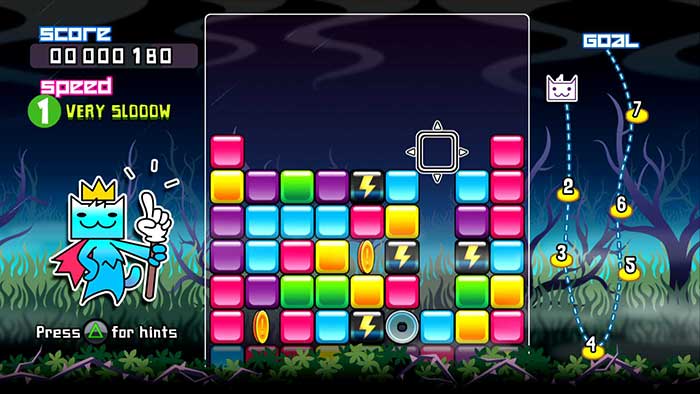 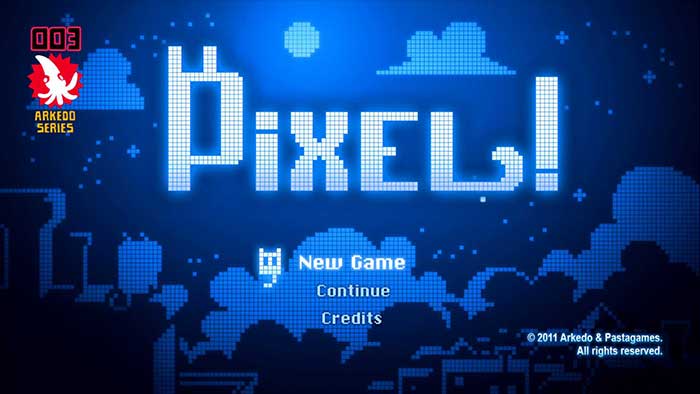 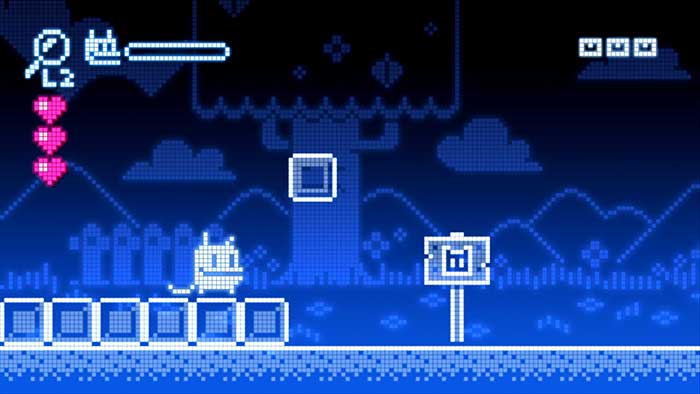 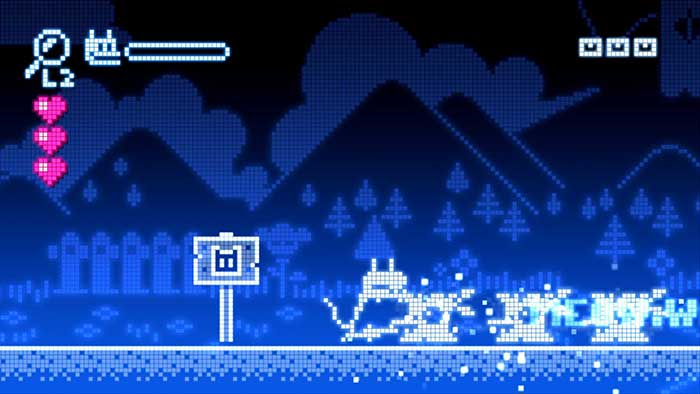