Atari release the second installment of the GhostBusters : Sanctum of Slime develioper diaries 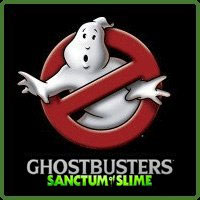 Ghostbusters: Sanctum of Slime is out on XBLA and PC download on March 23rd and will launch on PSN on March 30th.

To be a Ghostbuster is tough! Lots of scary ghosts to clean up, but that's all in a day's work for your friendly Ghostbuster.