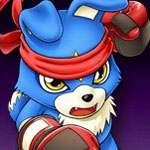 Joymax, leading online game developer and publisher, announced today that it has released a fan-led interview for its free-to-play MMORPG Digimon Masters based on the popular Japanese animation series Digimon. Fans leave no stone unturned as Lead Developers for the popular game reveal future details and PVP system updates. Fans can read the full interview on the Digimon Masters website, which is also teeming with exciting Halloween events, at the official website.

Digimon Masters gathered various player questions for a month and selected the top 10 most asked to be directed at the lead developer. Despite some of the difficult internal queries which were yet to be uncovered, none were left unanswered or ignored in the interview. The lead developer unfolded their side of the story in full detail to fulfill players’ curiosity. Additionally, they disclosed upcoming features revealed for the very first time.

Probably the most anticipated question fans were hoping to hear would be whether there would be a new Tamer character for players to choose as a starter, the developer gave a small hint that an upcoming character will be “related to the surveys (they) conducted through (their) official website.” Fans were delighted to hear when the lead developer further informed to look forward for these new contents by the end of this year.

One of the most raised questions was whether the new PVP, known as “Battle System”, would be added to Digimon Masters. The Battle System allows players to test their faithful partner Digimons’ skill against other players’ Digimons in an intense PVP battle. Lead developer noted that a change of programmers – and finding replacements during the project – resulted in an unexpected delay. Several balancing issues within the system were also the reason behind the initial setback; therefore, they chose to scrap the project and start anew. “We plan to develop a new battle system for 2013 after the jogress system and updates, such as new additional areas, are complete. We apologize once again for the delay in development of the battle system you are greatly looking forward to,” the lead developer explained near the end.

This information is just the tip of the full interview. Digimon Masters plans to carry the fan-driven Q&A as a regular session in the near future. Read the interview in its entirety and get ready to ask some questions of your own by visiting the official website.