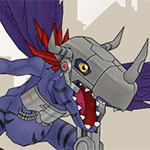 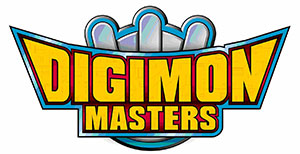 oymax, a leading online game developer and publisher of free to play MMORPGs today previews an upcoming content update for their exciting MMORPG, Digimon Masters! Based on the popular Japanese animation series, Digimon Masters takes place in both the human and digital worlds, with players taking on the role of Tamers, ensuring the two don't collide with disastrous results. Join the Digital World now and be ready for the massive update coming on April 9th at the official website.

The new island has been appeared in Digimon Adventure & Digimon Adventure 2, and they will be thrown open to all Tamers starting in one short week. Whether players are relaxing in the homey comfort of the Village of Beginning, picnicking on the shores of the Silver Lake, or taking a reflective hike through the Silent Forest, there’s a new ambiance for everyone to enjoy. Of course, these zones aren’t as idyllic as they may initially appear, and each holds a new raid boss!

Reflecting off the silent surface of Silver Lake lurks a dangerous foe in the sky: Kuwagamon! This insect Virus-type uses his Scissor Arms to slice at foes with viciously sharp claws. Heating things up inside the Silent Forest is Meramon, a flaming Data Digimon that digivolves from the innocent Candlemon! With his Burning Fists, he flares up for a mighty strike against the Tamers fool enough to challenge him. Also stomping through the trees of Silent Forest is Ogremon, an evil Virus wielding a spiked bone club and ready to sock it to anyone who stands in his way with a terrifying Overlord Fist.

With these challenging foes standing in the way of peace, Tamers will have until the 7th of May to take on the Guard the Fire Island questline. Bring the Essence of Fire to the Event NPC and receive one of several rewards, including Miracle Fruit, Backup Disks, Evoluters, and Mystery Reinforced Mercenary DigiEggs! This quest item will drop in all zones, and have a higher drop rate in the new maps (Silver Lake and Silent Forest).