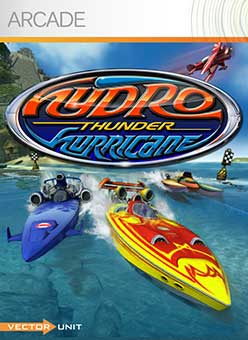 Hydro Thunder Hurricane is the first official sequel to the classic Midway hit Hydro Thunder, which splashed into arcades and consoles over 10 years ago. Rather than simply recreate the original game with updated graphics, Vector Unit has delivered an all-new game engine for the sequel, with gorgeous HD visuals and amazing dynamic water physics.

Ralf Knoesel, Vector Unit’s Technical Director and the programming visionary behind Hydro Thunder Hurricane’s cutting-edge interactive water, said the team is thrilled to be included as part of the Summer of Arcade. “We know there were a lot of quality titles vying to be a part of Summer of Arcade, and it’s really a testament to the team’s hard work and creative energy that HTH made the cut.”

The indie developer’s motto is “Big games in small packages,” and their first game as a studio delivers on that promise. The downloadable game features 8 all new interactive race tracks, new Single Player game modes, Xbox LIVE Leaderboard challenges, as well as robust multiplayer support for 8 players online, local split screen races with up to 4 players -- and a combination of split screen and online play.

“Our goal with Hurricane was to deliver tons of new content with the kind of polish and depth you expect to find in a full retail game,” said Knoesel. “It takes hours to unlock everything in the single player mode, and once you’ve done that you still have multiplayer, which I think is where the game really shines.”

At the heart of all this new content, though, the game stays true to the spirit that made the original title an enduring fan favorite, attests Matt Small, Creative Director. “The feedback from Hydro Thunder fans has been overwhelmingly positive. When you put a controller into the hands of a hard core fan, and he nods and grins the first time he goes off some 800 foot jump or nails a shortcut and says something like ‘Oh yeah, this is how I remember it’ – that tells me we pulled it off.”

Fans will recognize favorite speedboats from the original Hydro Thunder: Razorback, Damn the Torpedoes, Tidal Blade, Rad Hazard and others return with beautifully redesigned models, multiple unlockable skins, and articulated boost animations with massive rockets folding out from hidden compartments. Race tracks are all original, but packed with the kinds of shortcuts and spectacular surprises the series is known for.

“On top of everything else, Hydro Thunder Hurricane is perfect for Summer of Arcade. What’s the first thing people think about when it’s summertime? Sun, fun, splashing around in the water, driving a speedboat at 200 mph, jumping off gigantic cliffs, and dodging dinosaurs. Right?”

Hydro Thunder Hurricane will be released on July 28, 2010, exclusively on Xbox LIVE Arcade. The game will sell for 1200 Microsoft Points. 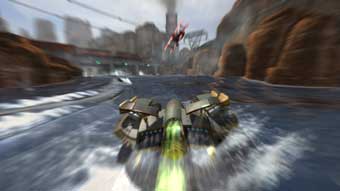 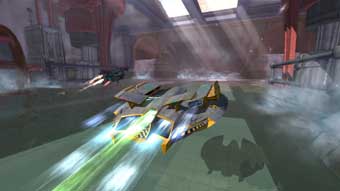 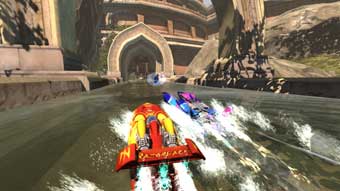 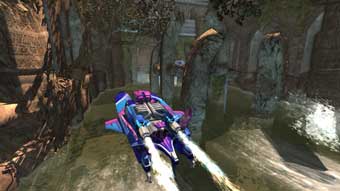 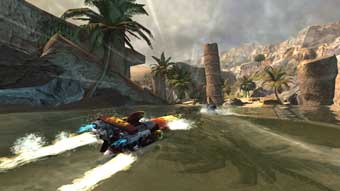 About Vector Unit:
Located in San Rafael, California, Vector Unit Inc is an independent game development studio dedicated to creating small games that deliver big game play experiences and polish to downloadable platforms like Xbox LIVE Arcade. The company was founded in 2008 by veterans of award winning projects such as: Spore, Lord of the Rings: The Two Towers, Dead Space, Godfather, and Blood Wake. For more information go to: www.vectorunit.com.