Debut Title from the Tough Guys Out Now on iPhone, iPad and iPod Touch 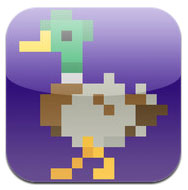 Tough Guy Studios, a new independent micro studio staffed by indie veterans and fuelled by a desire to create and develop unique interactive entertainment experiences, today announced the availability of their debut game Time Ducks – now available on the App store for iPhone, iPad and iPod Touch. Taking players back in time in more than one way, Time Ducks is a mixture of innocent animals, Froggers’ gameplay mechanics and Braids’ creative and ingenious time manipulation.

Featuring over 15 different animals and 30 cars, your goal is simple – deliver the animals safely across the road by drawing routes for them on your touch screen. The drivers steer their cars like maniacs, but fortunately the animals possess the ability to manipulate time!

Through modern finger-swipe technology, the animals magically rewind or fast forward time. During rewinding, time stops in its tracks as the traffic moves back, creating useful openings and potential dangers as you move to safety. Fast-forwarding time produces a super-fast visual multi-Technicolor extravaganza that will boost your score with crazy combos.

Apart from being a game and a cabaret show, Time Ducks is also a music box. The music and effects, composed by Lasse Sommer and performed by 'Hank & the Fiddlers of the Past, Present and Future' is affected by the passing of time, allowing you to create your very own audio and visual experience.

With an all-star cast including a bear body builder, a celebrity teen idol, two house bands, a private instruction/insult lesson, 35 achievements and a maximum score of 999999999, Time Ducks is not for those who are chronologically challenged! 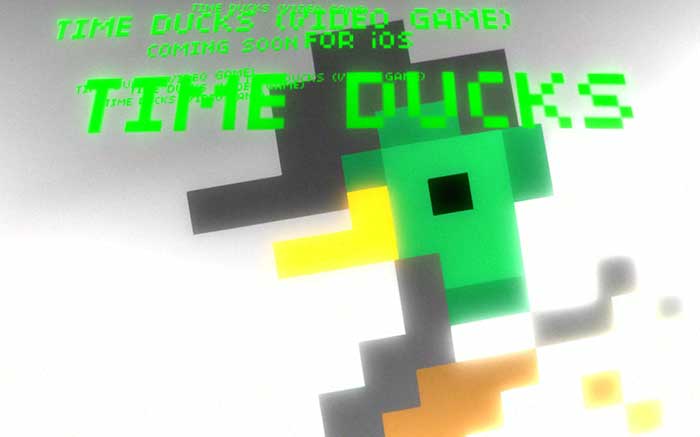 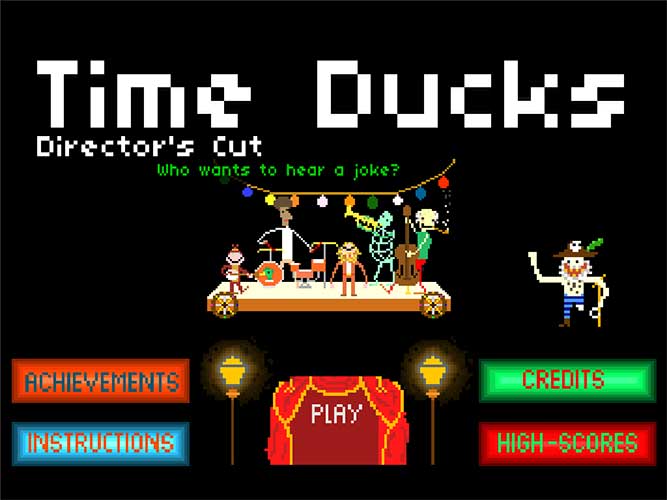 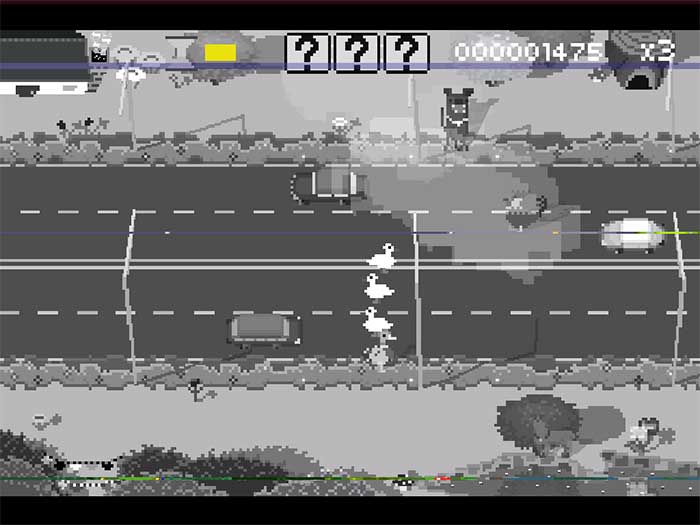 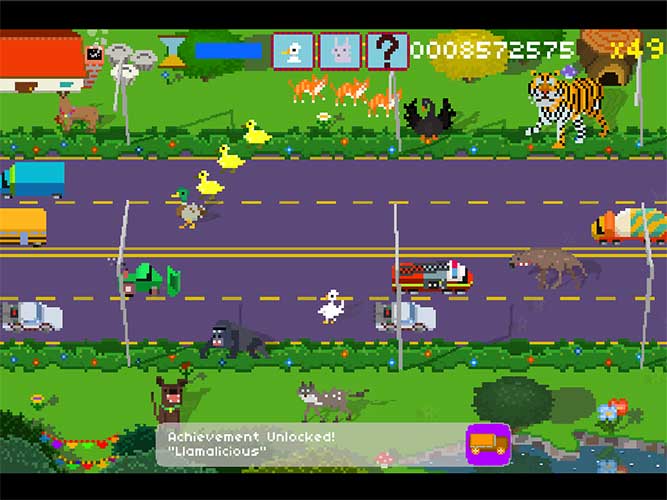 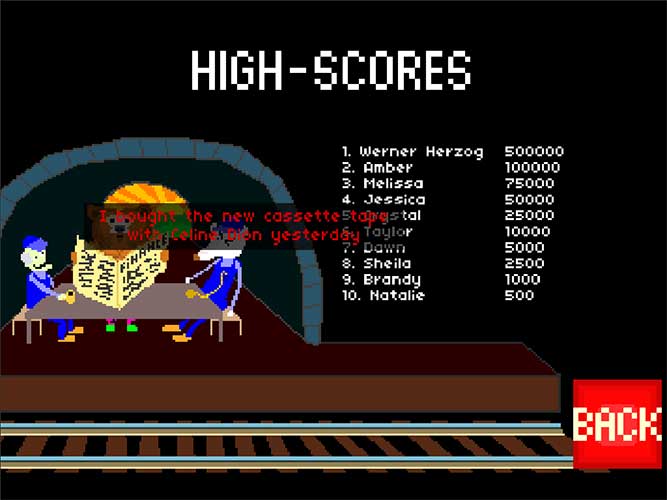 About Tough Guy Studios
Tough Guy Studios is a tiny independent game studio located in Copenhagen, Denmark.Fuelled by a strong desire to create unique emotional experiences, be it in small arcade style games or in large scale psychological fairytale story games, the Tough Guys always go their own way. Inspired by literature, avant-garde movies, childhood memories and conversations in smoke filled bar rooms, the Tough Guys create experiences that feel truly fresh and unique.
The Tough Guy manifesto emphasizes that the gaming experience follows the Pareto distribution: 20% is induced by gameplay and 80% by the players imagination and emotions. The TGS games are all created with a tremendous respect for the medium and for the player. The game must always tickle the players conceptions and transcend the actual gaming experience. Tough Guy Studios is run by three tough tireless fireballs, Morten Sommer, who comes with years of experience from working in the game/visual experience field, working both in self-founded start-ups and acclaimed companies such as Unity Technologies. He dreams about the mental pictures he got when playing games as a kid and wants to give back the feeling that a game was more in your imagination than on the screen. Lasse Sommer, brother, master of ideas, and artistic genius behind graphics and sound for Tough Guy Studios. And Christian Lauth, an old school philosopher, entrepreneur and marketing guru trapped in a younger man's body