At Unite 11, Luma Arcade, veteran developer of web and mobile games, and Unity Technologies, provider of the Unity development platform for awesome games and interactive 3D on the web, iOS, Android, consoles and beyond, proudly announced Bladeslinger, one of the most technically advanced games ever to target mobile devices. The game is also a flagship title participating in Unity Technologies’ Union, a business unit dedicated to distributing high quality 3D games on mobile phones, tablets, set-top boxes, connected TVs and other new platforms.

Set in a dystopic alternate future in the fictional town of Hammer’s Peak, the narrative follows William Glaston as he returns home after many years of war to find his home town has undergone nightmarish changes. William must fight his way past hostile monstrosities using a variety of weapons and abilities, discover the evil source behind the terror, confront and undo the corruption and dispense justice in Hammer’s Peak.

“The Bladeslinger story has been a pet passion project of our studio for a long time now,” said Sam Williams, General Manager of Luma Arcade. “It’s such a detailed, rich universe with lots of action packed sequences that we always imagined we’d need to build it for PC or consoles, but with Unity, we were able to bring the project to life targeting cutting edge smartphones and tablets without compromising our vision for the game.”

Bladeslinger is a fast-paced 3rd-person action brawler where players must defeat multiple enemies at once in both ranged and close combat. Developer Luma Arcade set out to develop this visually stunning marquee title to showcase the visual power of next-generation mobile systems and demonstrate the impressive capabilities of Unity game engine and tools, which were used to author the game.

“Bladeslinger marks another step forward for mobile platforms,” said Unity Technologies CTO Joachim Ante. “What Luma Arcade has managed to do with the Unity is amazing. This is one of the best looking mobile games we’ve ever seen and we’re psyched that it was designed using our technology.”

Bladeslinger will be released on iOS and Android, with an optimized version for NVIDIA’s Tegra mobile processors available, in Q4 2011. For more information about the game, visit its official siteweb. 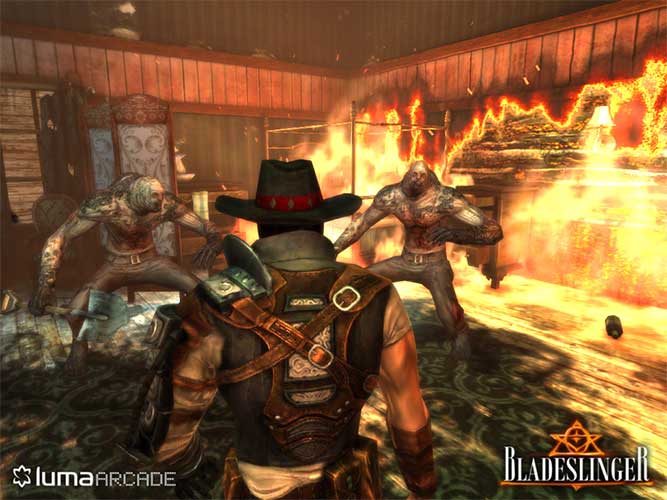 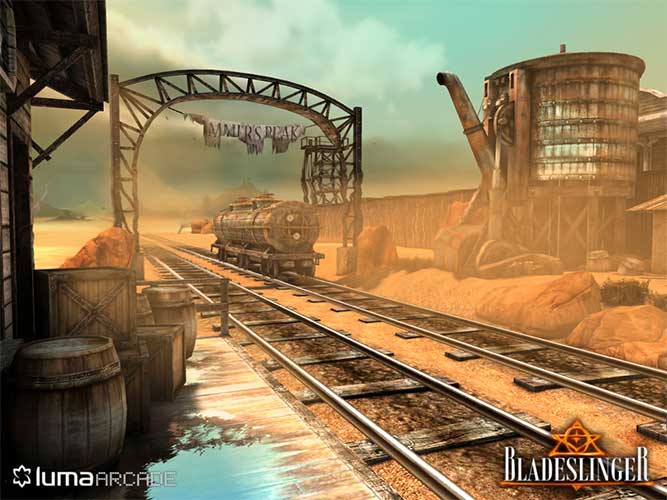 About Luma Arcade
Luma Arcade is a fast-growing game development company, specializing in creating new IPs on forward-looking platforms that allow developers to connect directly with players, such as mobile devices, social networks, web platforms, and digitally distributed console games. We focus on creating games with fun core play mechanics on growing, innovative platforms. We make use of reusable technology, created in-house as well as licensed from external middleware providers, and our technology allows us to deliver cross platform, immersive and entertaining applications that can be created within budgets that are typically lower cost than the norm. With more a growing team of more than 50 employees and a global network of contractors, we have great elasticity, and plan to expand permanently into new territories with projects on the horizon. Luma Arcade is based in San Francisco, with development offices in Johannesburg, and a satellite in Portland. For more information, visit: http://lumaarcade.com.