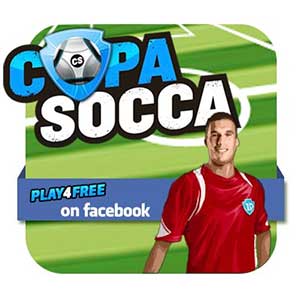 In the Facebook game CopaSocca, it's all about developing the player's own football talent - fr-om kicking around on the playground to the pinnacle of the international Copa League. The player begins his own virtual football career on the social networking site Facebook. He can kick his way into the Copa Stadium through rigorous training and success in numerous matches.

Along the path towards glory, players can develop their football skills, earn money, invest in better kit, play a whole lot of football with and against their facebook friends and marvel at their successes in their own trophy room. With their team, and the players themselves as captain, they start right at the bottom and, in 7-day seasons, fight for promotion or relegation in the different divisions.

CopaSocca is an easy pastime to get started in and demands no prior knowledge of playing football. As long as you can write emails, you can play CopaSocca. It can be played for hours on end, and doesn't cost a thing - those who want to make rapid progress can do so by purchasing better kit such as new football shoes, energy drinks and other useful items.

Furthermore, German National Team player Lukas Podolski is now putting his footballing talents to the test in the CopaSocca league, as well as in the Bundesliga. Over the coming months, Lukas will be keeping us up-to-date on Facebook about how his game is going.

Lukas Podolski can be challenged by anyone as he competes with thousands of players fr-om all over the world for promotion into the Facebook leagues. With this in mind, he is turning to his 650,000 Facebook friends to select two players for his team. This scouting process takes place by means of a simple video application on Facebook, in which players demonstrate both their ball skills and their sense of humour.

"Lukas Podolski was our first choice for CopaSocca: he is a fantastic footballer, he is good fun and he likes Facebook. Anyone who gets involved has a chance to win not only one of the two places in Lukas’s team, but also boots and balls fr-om his equipment supplier adidas, signed by hand. You can also win digital Lukas Podolski high-tech equipment for the game, and much more”, says Tahsin Avci fr-om Pop Rocket. 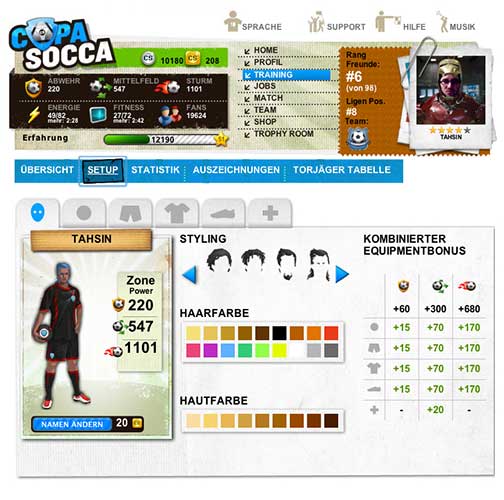 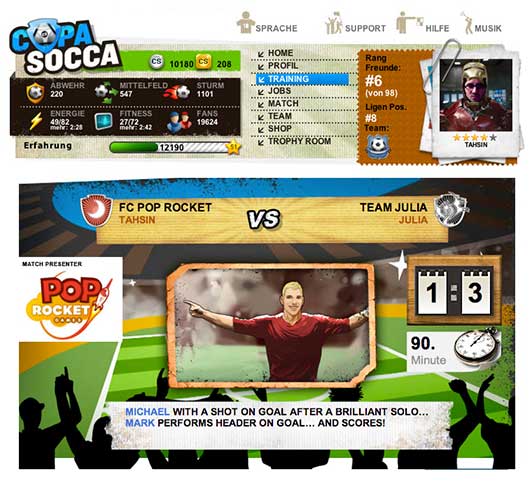 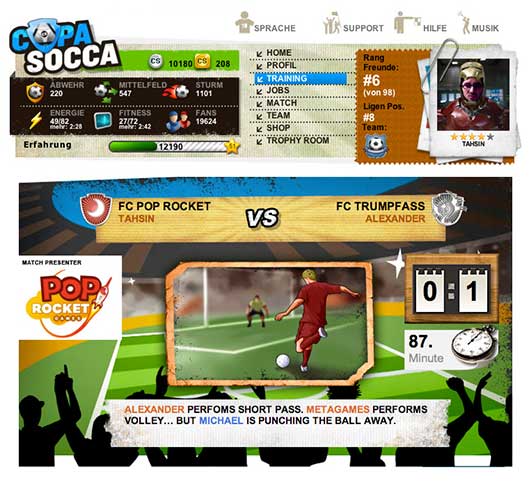 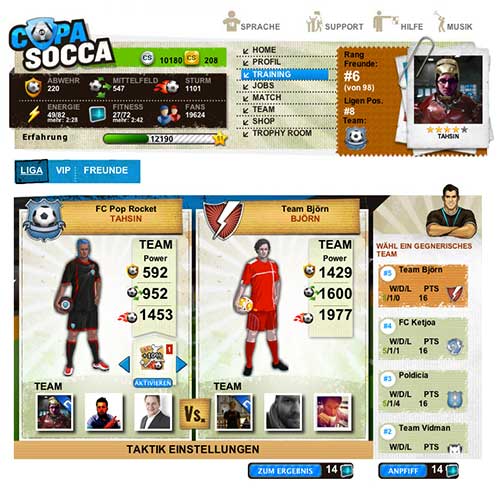 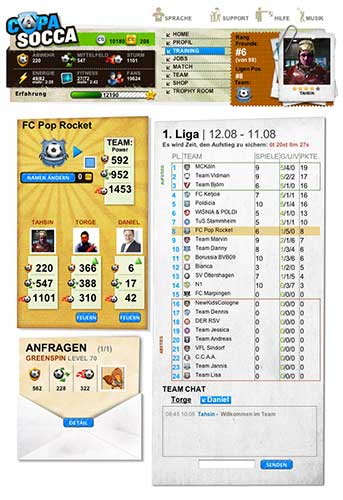 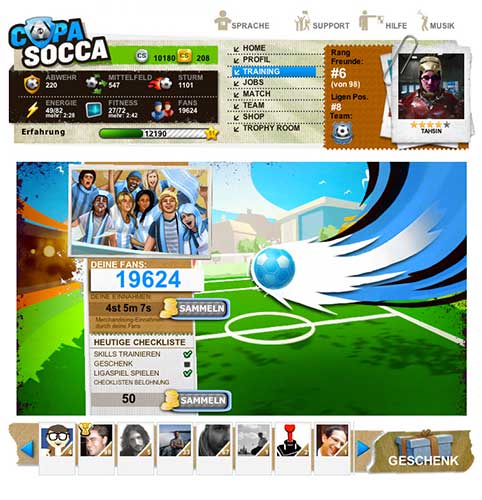 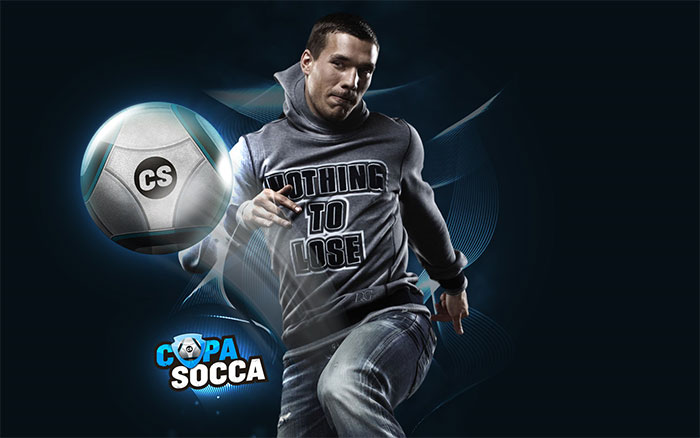 About Pop Rocket
Pop Rocket Games is a young, Hamburg-based publishing company for computer games focusing on online and mobile games. Pop Rocket, founded in Hamburg at the end of 2010 by Tahsin Avci and Bernd Sanmann, draws upon amazing ideas presented in an attractive and accessible way. As its first title, the team from Pop Rocket has conceived, developed and produced CopaSocca, the egocentric football manager. Further games are already in development, the next game will be released in October.http://www.facebook.com/poprocket , http://www.poprocket.com