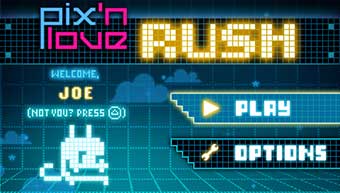 Bulkypix, Pastagames and Sanuk Games are happy to announce the European release date and price of PIX’N LOVE RUSH on Sony’s Minis platform for PSP and PS3:

Move, jump and shoot! Does it sound easy? Well, it is… at first. But then it gets much, much harder! PIX’N LOVE RUSH packs all you love in classic Jump and Run games into 5-minutes sessions where your heartbeat won’t resist the rush! And for those who can’t get enough of it, the game also features an infinite mode.

Packed with over 200 levels popping up in varying sequences, PIX’N LOVE RUSH feels different every time you play. Its finely tuned level design offers a consistent progression of difficulty and will have you fervently come back to try and beat your score!

PIX’N LOVE RUSH revisits the history of vintage gaming systems through 10 refreshing visual styles offered as rewards as you score. If you were a gamer back in the 1980s, you will be in for a trip down memory lane! If not, you will get a sense of where the whole gaming culture comes from.

Initially released on iPhone, PIX’N LOVE RUSH received unanimous praise from reviewers, with a score of 91 on metacritic.com. Levi Buchanan of ign.com rated it 8.9/10, calling it a “retrogaming love letter”. Andrew Nesvadba of appspy.com said it is “the perfect example of how classic gaming can be paired with modern casual gaming, creating a challenging and addictive title that's almost endlessly appealing.”

In the AppStore, the game was blessed with a large majority of 5-stars ratings and delighted comments such as “my hands hurt but I couldn’t stop playing!”

The PlayStation Minis edition of PIX’N LOVE RUSH features the recently added ‘Cursed’ mode, where all you have to do is to press one button to jump timely from platform to platform and go as far as you can through the level. Requiring intense concentration and a good memory, the ‘Cursed’ mode offers five levels adequately called Hard, Harder, Hardcore, Hardcorer and Hardcorest.

Besides, the PlayStation Minis edition is the first one to get the ‘On-Off Rush’ mode, which also plays with only one button to jump. In this mode, you go through each level forth and back. When you go forth, it is day time, therefore you must catch the suns and avoid the moons. When you go back, it is night time, therefore you must catch the moons and avoid the suns.

With this wealth of exclusive features and contents, the PlayStation Minis edition of PIX’N LOVE RUSH is the most advanced edition to date. Besides, playing PIX’N LOVE RUSH with buttons is a whole lot more enjoyable than with a touch screen.

PIX’N LOVE RUSH on Playstation Minis will also be released in America at a date and price to be announced shortly. 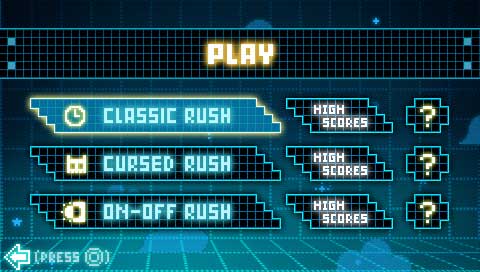 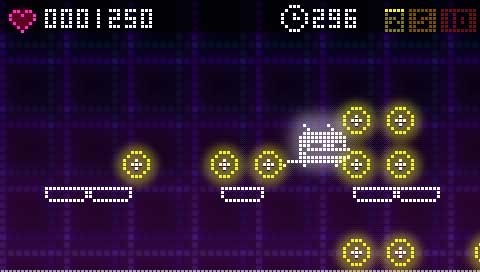 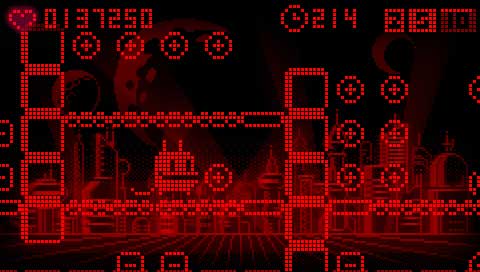 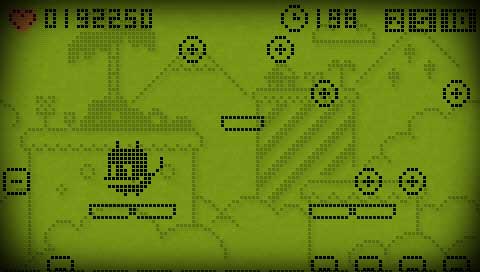 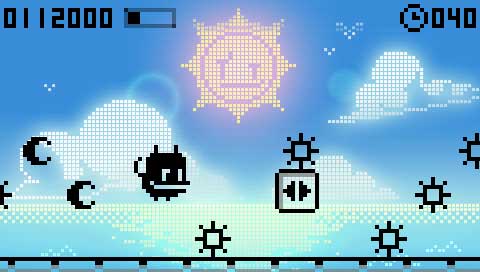 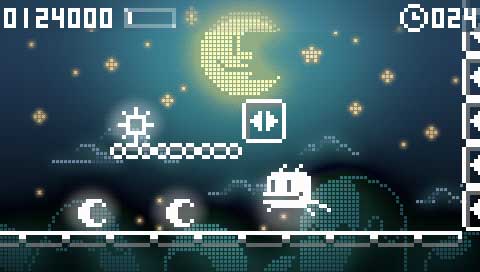 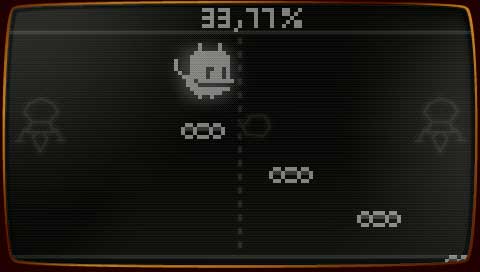 About Bulkypix – www.bulkypix.xom
Pix’n Love Rush is published on iPhone by BulkyPix, an award-winning publisher and developer of games and applications for iPhone and iPod Touch. The company was set up by former employees of Vivendi Games Mobile in 2008. BulkyPix’s ambition is to create and publish innovative games, such as MyBrute, Babel Rising, Twin Blades, Hysteria Project, Pix’N’Love Rush, Saving Private Sheep…
With its BtoB brand BulkyApps, the studio also develops and releases applications (cultural, commercial, and advertising).

About Pastagames – www.pastagames.net
Pix'n Love Rush has been developed by Pastagames, a French development studio based in Paris. “Pastagames is the leading worldwide developer from the South of the Loire in France, producing quality traditional videogames for the happy hour, all made from natural, untreated products” declares Fabien Delpiano, director of the company.