Edna and Harvey : The Breakout 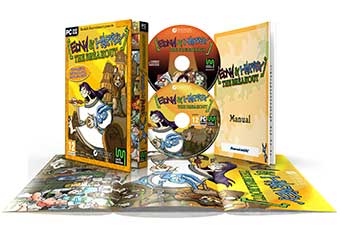 Today, Brighton based publisher Lace Mamba Global confirms contents and release date of the upcoming Collector’s Edition of Edna & Harvey: The Breakout. The game is planned to hit the shelves of retail stores in various English-speaking territories, starting in the UK on January 21st, 2011. The Edna & Harvey: The Breakout - Collector’s Edition, including the official game soundtrack on a music CD and an A2 artwork poster, will be priced at £ 19.99.

The multiple award-winning Edna & Harvey: The Breakout is one of the most successful adventure game releases to hit European market in recent years. Edna & Harvey, the debut release of the critically acclaimed German adventure game developer and publisher Daedalic Entertainment, won the hearts of adventure game fans all over the world almost overnight. What once started as a student project of one of the founders of Daedalic and, at the same time, an homage to the big adventure gaming classics of the early days, turned into Germany’s best rated adventure game of the last few years. The press expressly admires the crazy characters, story and humour, the unique, hand-drawn 2D graphics and the absolutely classic, old-school point & click gameplay. Gaining multiple review scores above 90% (including a record-breaking 9,9/10 at “gamona.de”), Edna & Harvey – The Breakout has also been awarded “Best Adventure Game” and “Best Youth Game” at the German Developer Awards in 2008.

“We’re looking forward to bringing Edna & Harvey to retail stores throughout the UK, Australia, New Zealand, Scandinavia and the Benelux countries. This is the first release of this exciting, classic adventure game to the English speaking audience, and we’re confident, Edna & Harvey will make many new friends and bring a great gaming experience to both experienced and new adventure game fans”, says Claas Wolter, Head of PR & Marketing at Lace Mamba Global.

Edna & Harvey: The Breakout features the rebellious Edna, who finds herself locked in a padded cell without any memories, her talking stuffed rabbit and sidekick (with the emphasis on “kick”, consisting of 500 grams of deadly terry cloth) Harvey as well as numerous bizarre, sane and insane fellow inmates, which more or less will help Edna to escape from her prison. Players need to help Edna to recover her memories and to defeat evil Dr Marcel, the director of the asylum, by gaining information when exploring one of more than 120 locations in the game, talking to the other inmates, picking up and using objects and doing all the things you usually do in an old-school adventure game. 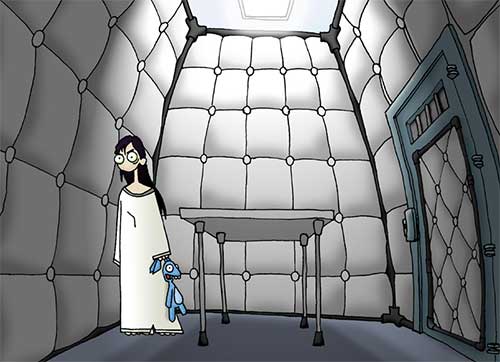 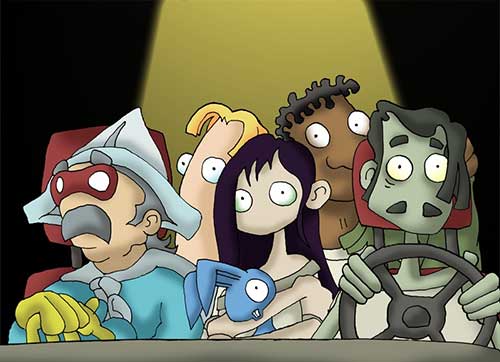 Titre : Edna and Harvey : The Breakout