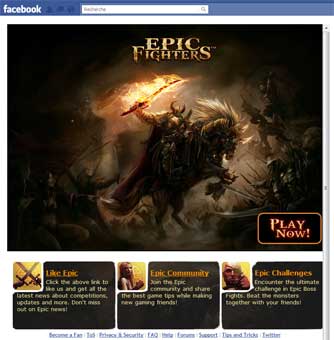 Digital Chocolate, a leader in social games across growing platforms, today announced the launch of Epic Fighters on Facebook. The game will give role-playing gamers a chance to embark on an epic journey where they can restore harmony to a land that has been divided by war and evil forces.

“Epic Fighters elevates the genre to a new level on Facebook,” said Marc Metis, President of Digital Chocolate. “With stunning graphics and animations, impressive depth, and high production values, Epic Fighters will wow gamers with a new type of game on Facebook.”

Customize everything about your warrior from their appearance to their weapons and armor. Players can pick from a wide range of races including Human, Forest Elf, Dark Elf and Undead races. Then, send your warrior to into the fray to battle epic bosses and complete daily challenges and dangerous quests.

Depending on a player’s style of fighting – melee or magic, they can choose from Assassin, Gladiator, Paladin, Blood, Elemental and Summoner. Users must train and learn an array of supernatural fighting moves such as Vampire Gaze or Magic Dispel to increase performance. For each fighting style, there’s a unique set of techniques and combos the player must master in order to take down their opponent.

Created specifically to take full advantage of the social features on the platform, players can duel and train with friends in Guilds to increase experience points. Digital Chocolate will be implementing enhancements and upgrades for Epic Fighters in the coming weeks including more ways to interact with friends and new content for the game. 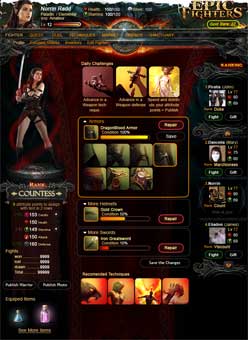 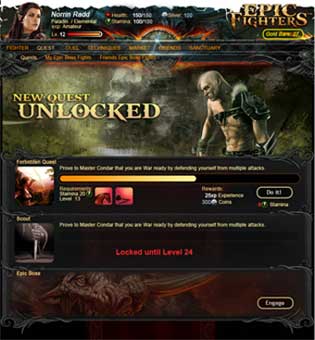 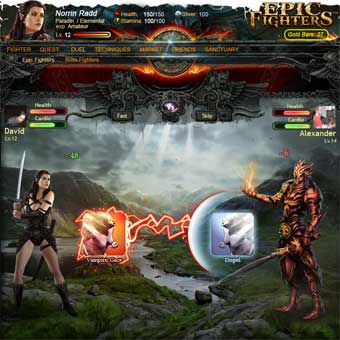 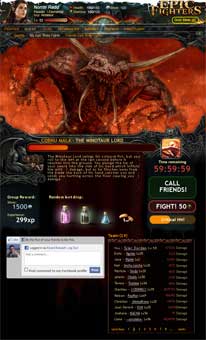 About Digital Chocolate
Digital Chocolate has rapidly emerged as a leader in new digital media and social games. Best known for Millionaire City, MMA Pro Fighter, Rollercoaster Rush and Tower Bloxx, Digital Chocolate led all software companies in App Store downloads in 2009 and in 2010 has been the fastest-growing maker of Facebook social games with virtual goods. Focused on original brands and technology for a wide variety of platforms, the company has made over 100 different award-winning games and works with 200 leading web and mobile channel partners in 80 countries. Digital Chocolate has operations in San Mateo, Helsinki, Barcelona, Bangalore, and Mexicali.