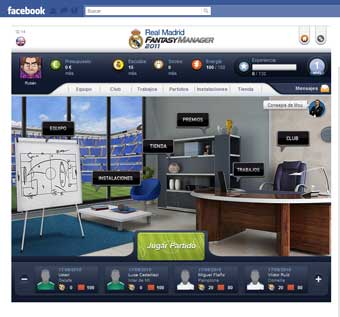 Available worldwide and in several languages, the new game may be enjoyed on either Facebook or IPhone.

Players can create their own team and purchase a variety of virtual assets to improve its performance and thus the final results. A direct connection with Spanish Football Liga results adds further excitement to the experience.

Now all football fans who enjoy watching the club play can get closer to it by actively participating in this new multi platform game to create a winning team.

Game users will be able to interact with the rest of participants, compare their results with those of their friends' and prove that they are the ideal candidate to manage Real Madrid CF. And for that, they will need to create a virtual team of players, train them and prepare them both physically and mentally for each week's match. They will also be able to experiment with the club's management including signing up players, dealing with the facilities, ticket sales and much more. Participants will move ahead in the game by purchasing and using a variety of virtual assets and products that will enable them to improve the team's performance as well as the management of the club designed by them. Winners will opt to fabulous prizes including the possibility to meet the players in person.

By using the Facebook and IPhone platforms, the game will benefit from the advantages of social distribution, immediacy and convenience. This game is designed to enable users to play on both platforms from a single account. Therefore, users may be able to start playing on their mobiles and continue on their desktop computers when they arrive home.

Real Madrid will take advantage of its international fan base on Facebook which currently amounts to 4.5 million users, and its users base on their IPhone application MyMadrid, with over 150,000 downloads sold after only one year in the market, and a customer base which is constantly purchasing contents.

Real Madrid Manager 2010 has been developed by From The Bench, a Spanish firm with vast experience in the interactive and social sports games field.

With this project Real Madrid gives a new step forward in its successful digital business strategy focused in the union of media, the development of relevant products and services for its fans and the creation of value for the club.

“Facebook is one of the fastest growing social platforms of international renown. We have been working with them for over three years now in what has proved to be a very fruitful association. The club has been experimenting with several communication, marketing and business strategies and we feel that the time has come to fully immerse ourselves into the social gaming field. On the other hand, our experience with MyMadrid and the distribution and sale of mobile content worldwide have enabled us to create a sustainable and proven business model that will be available also for this new project" commented Pedro Duarte, Mobile Business Manager and Oscar Ugaz, Online Marketing & Digital Business Manager from Real Madrid. 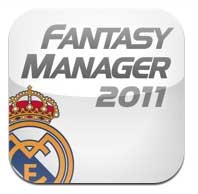 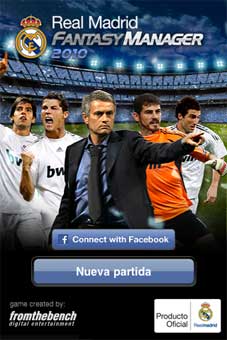 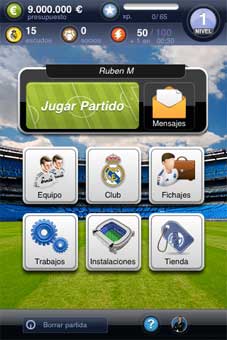 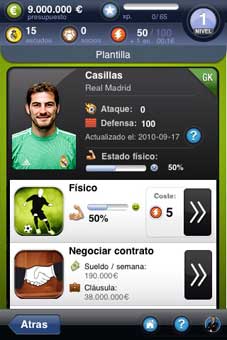 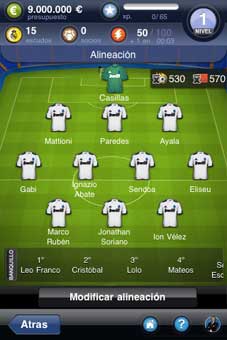 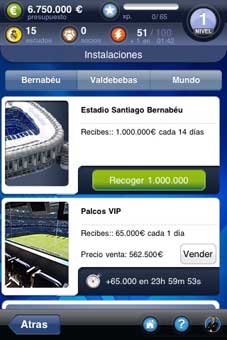 Studio : From The Bench

About From The Bench
FROM THE BENCH is a Spanish technology firm specialised in the development and promotion of interactive and social sports games. Founded in 2008, it has released several titles such as “REAL MADRID FANTASY MANAGER”, “SEXTAMANAGER”, “TODOS CONTRA ITU”, “WORLD CUP FANTASY MANAGER 2010” and “FORMULA RACING MANAGER”.