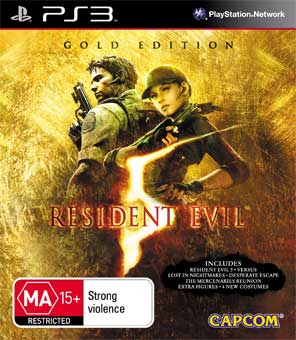 Resident Evil 5: Gold Edition is launched at European retail today. Available on a single Blu-ray disk for the PS3 or for X360 as a DVD with a token to download all the content from Xbox Live, the title combines the original Resident Evil 5 horror with new horrific episodes and a host of previously unreleased costume packs.

"Lost in Nightmares" Only previously viewed during cut scenes of Resident Evil 5, now play through the events leading up to the moment Chris Redfield thought he had lost his partner forever. Play as Chris or Jill Valentine and journey back to the infamous Spencer Mansion from the original Resident Evil. Try and solve its treacherous puzzles and search to uncover the secrets held inside.

"Desperate Escape" After collapsing Jill is woken by BSAA agent Josh Stone. Fight off unrelenting waves of enemies as Jill and Josh attempt to escape from the Tricell facility, as they race to assist Chris and Sheva in their final showdown with Albert Wesker.

"Costume Packs 1 and 2" Players can experience Resident Evil 5 in a whole new way with four new character costumes which allow additional playability through both gameplay and cut scenes.

"Versus" Take control of Chris, Sheva and other Resident Evil 5 favourites in online battles of up to four players. Fight alone or in a team. 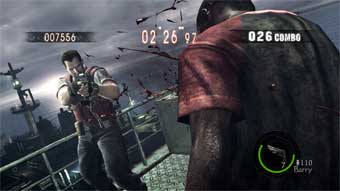 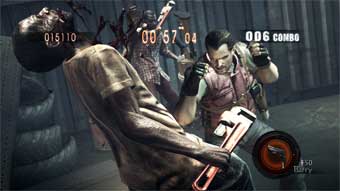 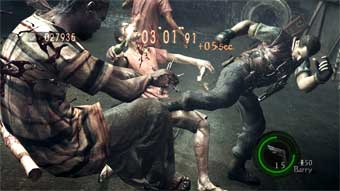 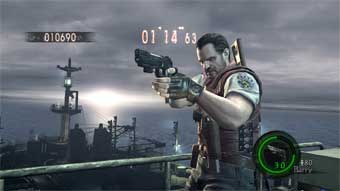 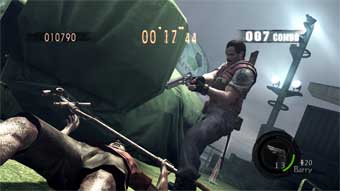 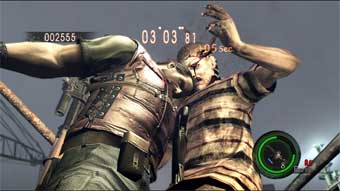