Arrives in Europe on October 15th 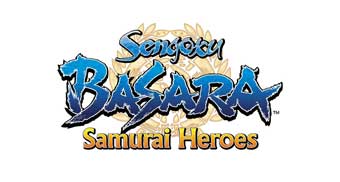 We’ve just confirmed that Sengoku BASARA: Samurai Heroes will launch in Europe and Australia on October 15, 2010 for PlayStation 3 and Nintendo Wii.

From the producer of Devil May Cry 4 and Resident Evil 4, Hiroyuki Kobayashi, Sengoku BASARA: Samurai Heroes finds players picking up the arms of more than a dozen samurai heroes, each with their own unique weapons and battle styles. Players take on hundreds of worthy opponents and combat fantastic bosses across numerous battlefields in a quest to rule all of 16th century Japan. Utilizing upgradeable weapons, masterful special moves and deadly BASARA arts, players leave their mark re-writing Japanese history in blood.

The next evolution in producer of Devil May Cry 4, Hiroyuki Kobayashi’s BASARA series is coming to PLAYSTATION®3 and Wii with Sengoku BASARA Samurai Heroes. Set during a tumultuous period of Japanese history, Sengoku BASARA Samurai Heroes follows players as they fight their way to the dramatic battle of Sekigahara. Players will take up the swords and spears of more than a dozen fierce samurai warriors in huge battles against hundreds of opponents in many exciting stages that lead up to the main event.

Featuring unique playable characters, as well as supporting generals who will make it easier to command and lead armies, players will see the battle from the perspective of each military commander with the ultimate goal of re-writing history to rule all of 16th century Japan.

In the dynamic new “Hero’s Story” mode, the player’s decisions impact history with a redesigned story mode. Based on choices made by the player, new drama unfolds as friends become enemies, enemies become friends, and a new Sengoku story unfolds. Adding a new strategic element to the game, forces can fight for control/taking over of camps and ultimately entire battlefields. 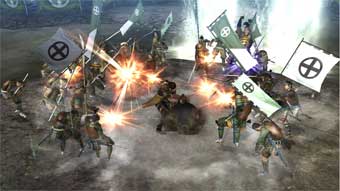 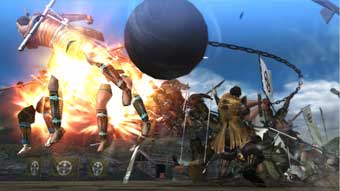 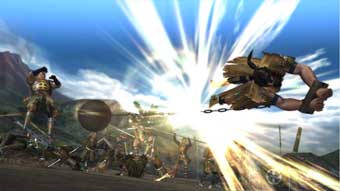 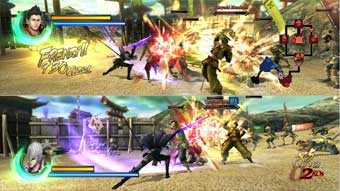 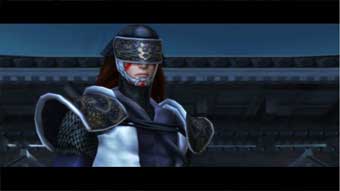