Capcom today confirmed that one of this year’s most hotly anticipated titles, Dead Rising 2, is set for release throughout Europe on October 1st. Sequel to the million plus seller, Dead Rising, and set in the gambling paradise of Fortune City, Dead Rising 2 introduces new main character, Chuck Greene, and delivers 1000s more zombies with even more ways to defeat them as players try to survive for 72 hours in this darkly comedic, no holds-barred action title.

Several years have passed since the Wilamette incident, and Dead Rising 2 shifts the action from the everyday world of mid-West America to the glitz and glamour of Fortune City, America’s latest and greatest entertainment playground. People flock to Fortune City from around the globe to escape from reality and the chance to win big and for some, this means competing in Terror is Reality.

Like millions of Americans former national motocross champion, Chuck Greene, is gripped by the TV sensation that is Terror is Reality. Hosted by the flamboyant Tyrone King, Terror is Reality pits ordinary members of the public against an arena full of zombies with a simple challenge – kill more zombies than your opponents and stay alive with the winner collecting big money and the chance to come back and secure even greater prizes. So, what is it that has forced Chuck to come to Fortune City and risk his life in the modern day gladiatorial contest, is he trying to recapture the fame of his motocross days, does he have a reason to hate zombies, or is it simply the lure of big money?

With hundreds of zombies on screen at any one time, the original Dead Rising forced gamers to take everyday objects they found in the Mall and use them as weapons. But now, in Dead Rising 2 with thousands of zombies filling every square inch of Fortune City, Chuck is going to need to be even more resourceful and inventive. Cue combination weapons…

Players will be able to take two objects, a roll of tape and with a little inventiveness create an advanced zombie-killing combo weapon - a piece of wood and a lawnmower become Portamower, the handheld mower that cuts zombies down to size in an instant, while a garden rake and car battery combine to create an electrified zombie prod. Creating and using combination weapons will not just result in novel ways to tackle Dead Rising 2’s shuffling cast of thousands as the more combo weapons a player uses, the more Prestige Points (PPs) they will rack up. Earn enough PPs and Chuck levels up, which in turn delivers its own benefits.

Ahead of the full game, Capcom will release original downloadable content exclusively on Xbox Live with Dead Rising 2: CASE ZERO. This prologue which entirely consists of content not available in the full retail release of Dead Rising 2 will introduce new protagonist Chuck Greene and provide a link between the original game and the events that await players in the gambling paradise of Fortune City.

Dead Rising 2 is being developed by Canadian developer Blue Castle Games in close collaboration with Capcom. A number of members from the original Dead Rising team will be working alongside Blue Castle Games throughout the development process, including Capcom’s global head of research and development, Keiji Inafune, who as the game’s Producer, is playing an active role in the project. 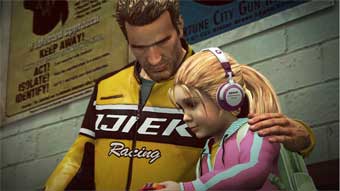 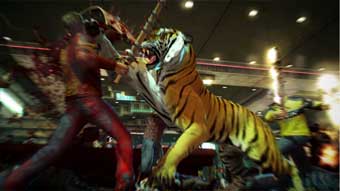 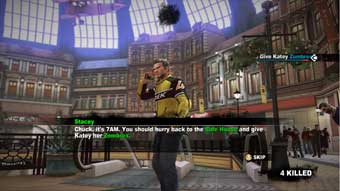 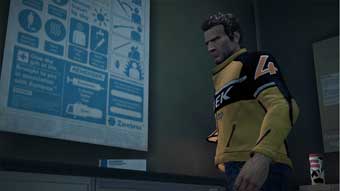