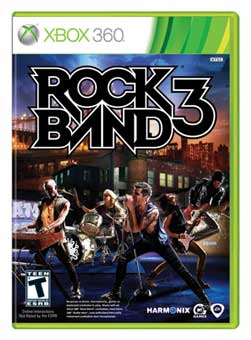 Harmonix Music Systems and MTV Games, a part of Viacom’s MTV Networks (NYSE: VIA, VIA.B), announced today, in partnership with Fender Musical Instruments Corp., a new guitar/controller hybrid for the highly anticipated Rock Band3. The Rock Band 3 Squier by Fender Stratocaster Guitar Controller is a fully functional, full-sized, electric guitar with strings that also functions as a game controller for Rock Band 3’s innovative Pro mode gameplay. Its revolutionary technology will allow gamers and music lovers around the world to experience the immediate joy of playing guitar through the fun and accessibility of Rock Band gameplay.

“This groundbreaking partnership with Fender ushers in a new era in rhythm gaming, providing countless music fans their first opportunity to enter the world of real musicianship,” said Alex Rigopulos, CEO and Co-Founder, Harmonix Music Systems. “The Rock Band 3 Squier Stratocaster will allow players to enjoy the addictive fun of the rhythm gaming with Rock Band while simultaneously developing skills on a real musical instrument, helping to close the gap between simulation and reality.”

Also announced today, and to be shown for the first time at the Electronic Entertainment Expo (E3) June 15-17, Rock Band 3 will feature a new stratum of gameplay known as Rock Band Pro, which incorporates more realistic instrumental performance information into gameplay, including string and fret information on guitar, differentiated cymbal and tom notation for drums, and full pitch-accurate gameplay for keyboards. Rock Band Pro is available in all modes of Rock Band 3, and features tutorials and a variety of difficulties, including Easy, meaning that real instrument performance is within reach of any player, no matter their experience level.

“We’ve heard countless stories about how Rock Band has inspired folks to pick up and learn to play guitar,” said Mark Van Vleet, SVP of Business Affairs at Fender. “This instrument and the Rock Band Pro gameplay contained within Rock Band 3 are uniquely poised to open the doors of musical enjoyment for music lovers around the world. Quite simply put, this is a huge step forward and a momentous occasion in guitar instruction and music entertainment.”

The Rock Band 3 Squier Stratocaster uses technology built into the neck and fingerboard of the guitar to track finger positions in real time. The guitar also transmits strum data for the six individual strings, allowing the game to give feedback to players as they make the leap from rhythm game rocking to real world skills. Players can unplug from the fun of Rock Band 3 and plug directly into an amp to rock for real.

Additional information on the Rock Band 3 Squier Stratocaster will be released over the coming months. 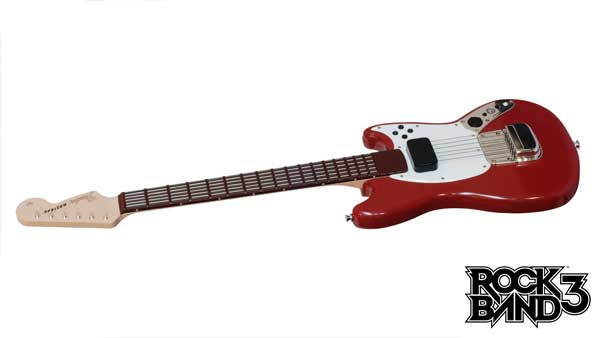 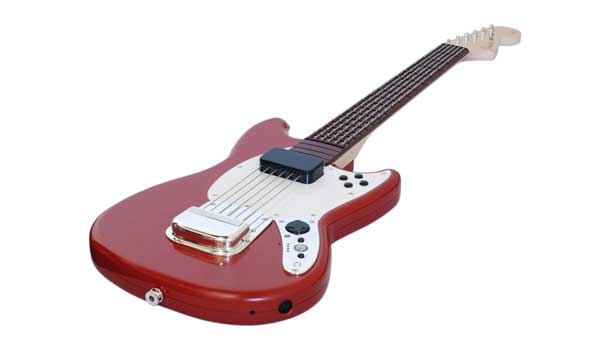 About MTV Games
MTV Games is dedicated to creating, marketing and publishing high-quality, innovative interactive products that are relevant to the MTV audience and complement the core values of the
MTV Networks brands.

About Harmonix Music Systems, Inc
Harmonix Music Systems, Inc., based in Cambridge, MA, and established in 1995, is the leading developer of groundbreaking music-oriented videogames. Harmonix was founded by Alex Rigopulos and Eran Egozy, who formed the company to invent new ways for non-musicians to experience the unique joy that comes from making music and have pioneered music and rhythm gaming in the US. For more information please visit www.harmonixmusic.com.