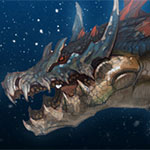 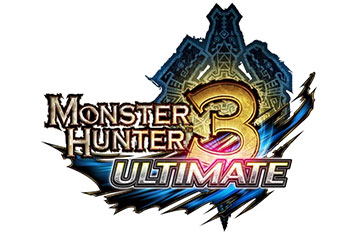 Capcom, a leading worldwide developer and publisher of video games, today confirmed that Monster Hunter 3 Ultimate will be launching on Nintendo’s Wii U console and Nintendo 3DS system across Europe and North America in March 2013.

The popular fantasy action franchise Monster Hunter is now one of the most iconic gaming series in the world selling over 21 million copies worldwide since the series began in 2004. Players take on the role of a hunter and are sent to explore a settlement within the Monster Hunter universe, completing quests on their journey to seek and slay monsters whilst improving their skills and earning equipment upgrades. With many challenging monsters and over 200 quests the latest edition to the series is set to be the most expansive offering to date.

Monster Hunter 3 Ultimate utilises the functionalities of the Wii U console and Nintendo 3DS system to provide players with a truly intuitive hunting experience. The touch screen feature of both platforms allows players to quickly access in-game books, weapons, field maps and mini games whilst the high quality graphics of Wii U and 3D visuals of Nintendo 3DS powered by the latest iteration of Capcom’s MT Framework deliver a unique and stunning world for players to explore. Taking advantage of the portability of Nintendo 3DS, players can exchange their guild card that contains all their hunter’s information with other players via StreetPass.

Players can experience the world of Monster Hunter alone or in four player local play using Nintendo 3DS. Finding nearby hunters to adventure on quests with is now even easier via the local Nintendo 3DS search feature. Wii U players will be able to enjoy the hunt with Nintendo 3DS players via a local wireless connection. Gamers that own both a Wii U and Nintendo 3DS can take advantage of the inter compatibility of save data between the two consoles, taking the hunt from the living room wherever they go.

ABOUT CAPCOM
Capcom is a leading worldwide developer, publisher and distributor of interactive entertainment for game consoles, PCs, handheld and wireless devices. Founded in 1983, the company has created hundreds of games, including best-selling franchises Resident Evil™, Street Fighter™, Mega Man™ and Devil May Cry™. Capcom maintains operations in the U.S., U.K., France, Germany, Tokyo, Hong Kong and Korea, with corporate headquarters located in Osaka, Japan. More information about Capcom and its products can be found at www.capcom.com or www.capcom-unity.com.

About Nintendo
The worldwide pioneer in the creation of interactive entertainment, Nintendo Co., Ltd., of Kyoto, Japan, manufactures and markets hardware and software for its Wii™ home console, Nintendo 3DS™ and Nintendo DS™ family of portable systems. Since 1983, when it launched the Nintendo Entertainment System™, Nintendo has sold more than 3.9 billion video games and more than 630 million hardware units globally, including the current-generation Wii, Nintendo 3DS, Nintendo DS, Nintendo DSi™ and Nintendo DSi™ XL, as well as the Game Boy™, Game Boy Advance™, Super NES™, Nintendo® 64 and Nintendo GameCube™ systems. It has also created industry icons that have become well-known, household names such as Mario™, Donkey Kong™, Metroid™, Zelda™ and Pokémon™. A wholly owned subsidiary, Nintendo of Europe, based in Grossostheim, Germany, was established in 1990 and serves as headquarters for Nintendo's operations in Europe.