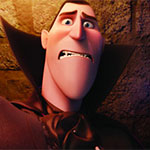 Welcome to Hotel Transylvania, Dracula’s lavish five-stake resort, where monsters and their families can live it up, free to be the monsters they are without humans to bother them. On one special weekend, Dracula has invited some of his best friends – Frankenstein and his wife, the Mummy, the Invisible Man, the Werewolf family, and more – to celebrate his beloved daughter Mavis’s 118th birthday. For Drac, catering to all of these legendary monsters is no problem – but everything could change for the overprotective dad when one ordinary guy stumbles on the hotel and takes a shine to Mavis.

Featuring a wide variety of locations, puzzles, and boss battles galore, the game creates an imaginative and fun way to interact with the movie characters.

Developed by Way Forward, Hotel Transylvania for Nintendo DS and Nintendo 3DS is rated “E10+” for Everyone 10 and up by the ESRB.

About Sony Pictures Animation
Sony Pictures Animation produces a variety of animated entertainment for audiences around the world. The studio is following its worldwide comedy hits—the 2011 hybrid live action/animated family blockbuster, The Smurfs (3D) and the 2009 mouth-watering Cloudy with a Chance of Meatballs (3D)—with the family comedy Hotel Transylvania (3D) in September 2012 and the Smurfs 2 (3D) in July 2013. Sony Pictures Animation, in conjunction with Aardman Animations, has produced two critically acclaimed feature films: the CG-animated family comedy Arthur Christmas (3D); and the stop-frame animated high-seas adventure, The Pirates! Band of Misfits (3D). In 2007, Surf's Up received an Academy Award® nomination for Best Animated Feature Film. The division, whose first feature film Open Season led to a very successful movie franchise, is turning 10 this year. Sony Pictures Animation is an operating unit of Sony Pictures Digital.

About WayForward
WayForward is a premium independent game developer based in Southern California. For over 20 years WayForward has partnered with leading software publishers to bring critically acclaimed and commercially successful games to market across multiple platforms.