Grab the “Gears of War 3” Season Pass on Xbox LIVE Marketplace and be the first to jump into the “Horde Command Pack” on Nov. 1 and “RAAM's Shadow” on Dec. 13

Microsoft and Epic Games announced “RAAM’s Shadow,” the new campaign experience for the award-winning blockbuster, “Gears of War 3.” Starring a cast of characters both new and eerily familiar to the series, “RAAM’s Shadow” will deliver more than three hours of gameplay set in a storyline that precedes the events of the first “Gears of War,” as well as six new multiplayer characters, the Chocolate Weapon Set and an additional 250 Gamerscore. “RAAM’s Shadow” will launch Dec. 13 for 1,200 Microsoft Points on Xbox LIVE Marketplace, marking the second major game add-on for this year’s critically-acclaimed blockbuster, “Gears of War 3.”

“When we announced the ‘Gears 3’ Season Pass, we immediately started getting hundreds of questions from fans about what the game add-ons would be,” said Epic Games Design Director Cliff Bleszinski. “We’re really excited to be lifting the curtain on the first two releases, first with the ‘Horde Command Pack’ and now with ‘RAAM’s Shadow,’ which gives fans a new perspective on the ‘Gears’ universe and is also the biggest DLC release we’ve ever made.”

“RAAM’s Shadow” drops players into the events of Sera post-Emergence Day, as Zeta Squad is enlisted to evacuate Ilima City and protect the citizens against a Locust Kryll storm. Taking on the infamous Locust leader from “Gears 1,” General RAAM, Zeta is led by Michael Barrick (from “Gears of War” comics fame) and comprised of familiar faces such as Lt. Minh Young Kim (“Gears 1”) and Tai Kaliso (“Gears 2”), and also includes a new female comrade, Alicia Valera.

In addition to fighting as a new squad of Gears, players will step into the boots of RAAM himself, and for the first time storm the human stronghold from the perspective of one of the series’ most legendary bosses.

“RAAM’s imposing size and strength, along with his Kryll shield, make him one of the most powerful and daunting foes in the ‘Gears’ universe,” said Bleszinski. “We think fans are going to have a blast unleashing hell upon the poor humans for the first time in a campaign setting.”

With the announcement of “RAAM’s Shadow” and in anticipation of the launch of the “Horde Command Pack” on Nov. 1, featuring new maps, characters, weapon skins, Horde fortification upgrades and Achievements, there’s never been a better time to purchase the “Gears of War 3” Season Pass for 2400 Microsoft Points, entitling you to the first four game add-ons for discount of more than 30 percent!

Developed exclusively for Xbox 360 by Epic Games, “Gears of War 3” is available worldwide in three distinct editions – Standard ($59.99 USD), Limited ($79.99) and Epic ($149.99). For a limited time only, the custom-designed Xbox 360 Limited Edition “Gears of War 3” Console is also available worldwide for a suggested retail price of $399.99 USD, and features a copy of the game, two specially-designed Xbox 360 Wireless Controllers, limited edition downloadable content, built-in Wi-Fi and a massive 320 GB hard drive. The Limited Edition Wireless Controller is also available separately for a suggested retail price of $59.99 USD. For additional details on the game, custom console and controller, please visit its official website. 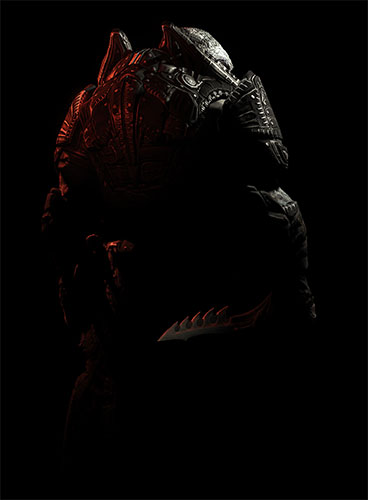