UTV True Games, an international publisher of multi-player online games, announced today that their highly-anticipated MMORPG, Faxion Online, will feature a wide range of original abilities as a core element of combat and class advancement. In the epic battle between the forces of Heaven and Hell, players will be granted access to abilities regardless of class choice and will be able to strengthen these abilities both on- and offline. Faxion Online is expected to enter public testing stages in late 2010, and players can visit its Website for all the latest details.

Faxion Online transports players to the timeless and diverse plane of Limbo where they must choose sides in the struggle for Angelic or Infernal dominance of the mortal worlds. This Player-versus-Player focused MMORPG provides players the opportunity to specialize to their preferred play style by learning and mastering abilities of their choosing. While attaining new abilities will be closely related to traditional level gain, improvements to existing skills will be earned through ranks granted through training over time. Players will not need to be logged in to Faxion Online to receive this training.

“We want to ensure an uncomplicated ability system that allows players to queue up training to master the abilities they love while learning new abilities to either specialize their play style or broaden the skill set of their character,” said Mike Madden, Creative Director at UTV True Games. “Faxion Online players can expect ease of entry and the opportunity for character advancement whether the player is online or offline.”

In the screenshots revealed today, the Faxion Online team has featured Shockwave which releases a sphere of “Force” energy, knocking back nearby opponents and dealing damage. The Tribunal ability is also showcased, allowing the player to flourish their weapon and strike all enemies in range of the attack. Legion, a Hell faction ability, is also included, depicting the chaotic effects of a demonic contagion that sends evil spirits into the victim and any other enemy target standing too close.

Faxion Online will feature approximately 50 abilities per class at launch, allowing for thousands of combat options for the dedicated single-class specialist and the clever multi-classer. Individual abilities will grow in power as they gain ranks over time, though this can be sped-up through micro-transactions. Some abilities and ranks will be limited by the character’s overall level to ensure that each player can have an advantage - but never a guaranteed victory - over another.

Faxion Online is being developed internally at UTV True Games' Austin, Texas studio by a group of industry veterans with significant experience on titles such as Shadowbane, Ultima Online and many other popular MMORPGs. Faxion Online players can expect to see a ground-breaking, competitive action game that strips away the typical experience and leveling grind observed in many MMORPGs today. The upcoming MMO will feature a full, persistent world with competitive and robust PvP play and territory control. At the time of game launch, players will explore three fully-featured and distinct domains that will make up Faxion Online: Heaven, Hell and Limbo. Faxion Online is expected to enter beta stages in late 2010. 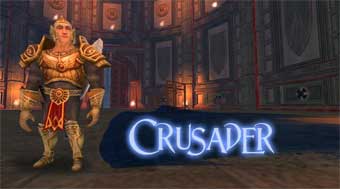 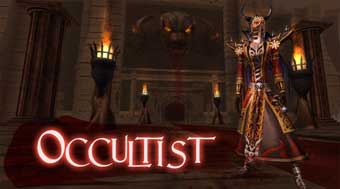 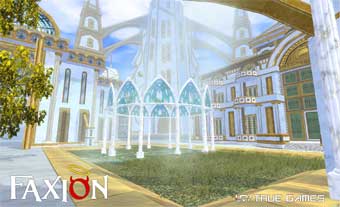 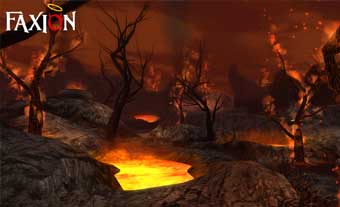