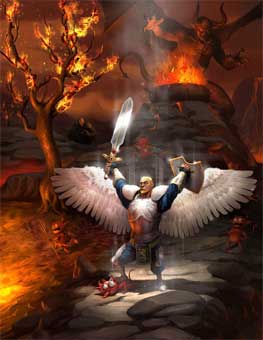 UTV True Games, an international publisher of multi-player online games, today revealed new details about the territory control system and the fight for control over the seven deadly sins in its upcoming MMORPG, Faxion Online. The first internally developed project at the company’s Austin, Texas-based studio is a highly competitive, fully featured MMORPG scheduled to launch in early 2011. The game allows players to become part of the classic struggle between good and evil, but with a twist. To learn more about the game, players can visit the all-new website and register for the closed beta at its website.

Players of Faxion Online will enter a fantasy and war-torn world of Limbo where the forces of Heaven & Hell are engaged in an endless battle for dominance over the realm. Players enter the conflict by joining forces with either Heaven or Hell as they participate in the war. By conquering key locations within a persistent world, the heroes will have the ability to dominate their opponent and claim victory for their faction which will grant them great rewards. Limbo will reflect who rules any given area by displaying the environment through the lens of the faction. When the angels dominate an area, the golden rays of the sun shine down onto lush vegetation under the blue skies, and when demons are in control the world will reflect a hellish red hue where ash and ember fill the air.

An open-world persistent MMORPG, Faxion Online focuses heavily on immersive player versus player (PvP) combat, but also offers a solid player versus environment (PvE) experience that any MMORPG fan will enjoy. The game’s robust Territory Control System allows the different “faxions” (representing the sides of good and evil) to constantly battle for the fate of the 7 deadly sins, which make up the seven contested zones in the game. Control of a particular zone --lust, greed, sloth, pride, gluttony, wrath or envy-- determines the nature of that sin, on a sliding gray scale, from positive (generous) to negative (selfish). While Heaven strives to implement virtuous elements of the “sin,” Hell prefers the baser, more despicable foibles of man. For example, when Heaven gains control of Pride’s control point, its members encourage self-confidence and competence, however, when hell gains control of Pride, the sliding scale shifts to self-important arrogance and disdain.

Faxion Online is being developed internally at UTV True Games’ Austin, Texas studio by a group of industry veterans with significant experience on titles such as Shadowbane, Ultima Online and many other popular MMORPG’s. Faxion Online players can expect to see a ground-breaking, competitive action game that strips away the typical experience and leveling grind observed in many MMORPG's today. 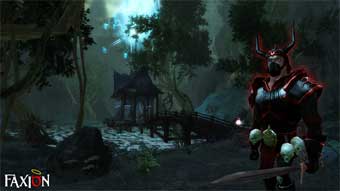 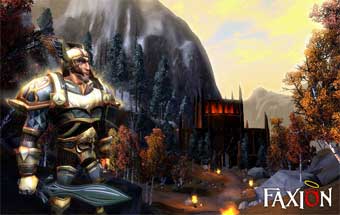 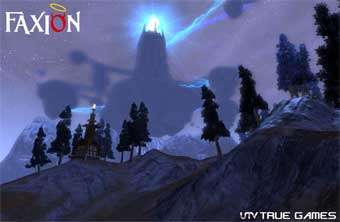