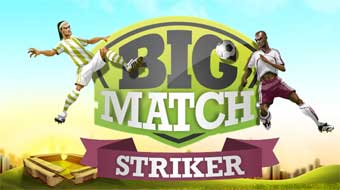 Big Match Striker challenges real football fans to battle head to head in the ultimate championship of tactics and trivia.

Football fans of all levels will need to combine the skills of chairman, manager, player and fan to succeed as the Big Match Striker experience is a unique combination of football management strategy and trivia. Highly competitive, the game challenges every aspect of football fans' knowledge and strategic skills as players customize and steer their teams to league and cup glory. The aim of the game is to take your team from lower division minnows to global super-club in a dynamic battle for titles and silverware.

Players win possession and tackle the opposition by responding quicker to questions, which require a basic level of football knowledge and fast reactions.

The reward for winning matches is gaining fans and in-game currency - 'Smackers'. These are used to buy players, new strips, upgrade stadiums and even install burger vans to attract more fans and generate more revenue.

Committed players are able to purchase more 'Stamina' to play a greater number of matches. 'Stamina' also regenerates over time, allowing players to compete in a limited number of competitions for free.

The community hub at its Website features lively player forums where players can customise their profiles, invite friends and create their own Friends Leagues. The website also features up-to-date news and opinion from the top 4 English leagues and the wider world of football.

Geraint Orchard-Bungay, Online Publishing Director said: "I think we have succeeded in creating a totally different kind of football game. With stunning graphics, the most up-to-date football facts and trivia, a huge depth of game play and an amazing soundtrack all wrapped up in a unique comic style - Big Match Striker is fantastic fun!" 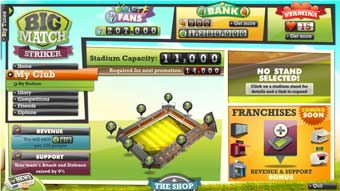 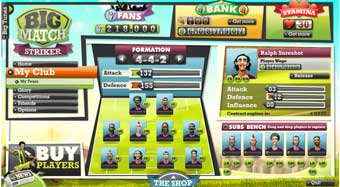 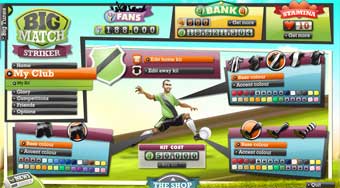 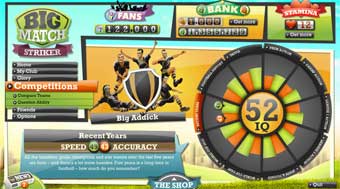