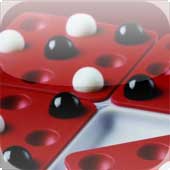 UTV Indiagames and Mindtwister are launching the award winning board game “Pentago” for mobile feature phones and smart phones alike. “Pentago” will be available for all feature phones across mobile carriers globally and will also be available for the various mobile App Stores such as Apple’s App Store for the iPhone and the Android Marketplace for Android powered devices.

Pentago is a multiple award winning, strategy board game for kids and adults alike, which is both simple and sophisticated at the same time. This is a two-player game in which the object is to create a row of five marbles, in any direction, before your opponent does, but with a twist. Each move consists of placing a marble and then twisting one of the four game blocks.

Commenting on the announcement Vishal Gondal, CEO, UTV Indiagames, said, “We are proud to partner with Mindtwister on this project and get ‘Pentago’ to millions of mobile owners worldwide. ‘Pentago’, we have found, is a challenging game of wits, and is ideally suited for players of mobile games, who enjoy quick bouts of these thinking games on the run.”

“Pentago” is currently available on Nokia’s OVI Store and will be available on Apple’s App Store from September onwards. 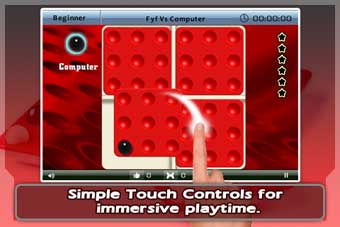 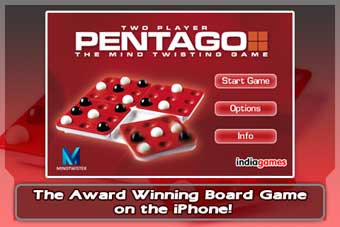 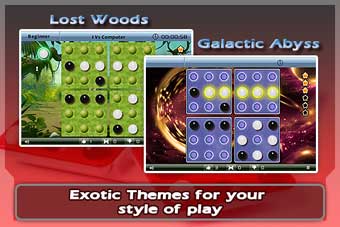 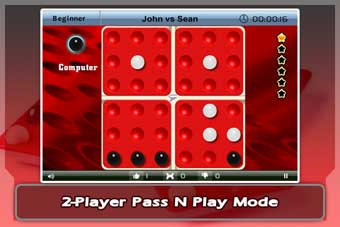 About UTV Indiagames:
UTV Indiagames is India’s largest integrated game developer-publisher across mobile, online and the Interactive Television. The company has been a pioneer in the mobile gaming space and has partnered with several major game publishers and media companies in the world such as EA, Disney, THQ, Atari, Universal, Fox, Warner brothers, Sony, MTV, 2K and others whose IP has been published across global leading telecoms including Verizon, Vodafone, Airtel, AT&T, Telstra and others. Some of UTV Indiagames’ successful titles include the first Spiderman game on mobile, Bioshock, Garfield, Godzilla and Warchess (iPad). Two of the largest IPs developed and published by Indiagames include the IPL cricket franchise for mobile, iPhone, iPad and online as well as the hit game Bruce Lee on all mobile, iPhone and iPad platforms. In India the company runs the only subscription based PC games service called “Games on Demand” across all major broadband operators. UTV Indiagames’ triple-play games model is complimented by its presence as the largest operator of ITV Games Services with leading satellite TV service providers in India.

About Mindtwister
During an exceptionally dull accounting meeting, Swedish account analyst specialist Tomas Floden came upon a new game idea and the conviction that this brainstorm was something special. His game concept would require thoughtful game play and foster deep strategy and logic. Tomas took the newly invented “Pentago,” to Mindtwister who developed, designed and started marketing the game. Pentago hit the Swedish market in 2004. The rest is, as they say, history. Since then, Pentago and its successors have become enduring favorites with all ages of game players. The Pentago game the first the creation of of a growing row of ingenious strategy games from Mindtwister, all with the same nature of being easy to learn, fun to play, and difficult to master.Mindtwister is a Swedish, young but experienced games and product development company. Pentago was Mindtwisters first game, and in just a few years it has become the most successful Swedish board game ever.